Hong Kong (CNN Business)Facebook has admitted it failed to do enough to prevent its platform being used to fuel political division and bloodshed in Myanmar.

The company on Monday released a report that it commissioned into the damage caused in the Southeast Asian country by abuses of its social network, including efforts to whip up hatred against the Rohingya, a persecuted Muslim minority group.
The report highlights yet another case of Facebook struggling to manage the rapid spread of hate and misinformation across one of its platforms — and the impact of those failings on society.

The United Nations has called for Myanmar’s military leaders to be investigated and prosecuted for genocide, crimes against humanity and war crimes following a campaign of persecution and killing of Rohingya. The violence forced more than 700,000 people to flee their homes in northwestern Myanmar to settle in refugee camps in neighboring Bangladesh. 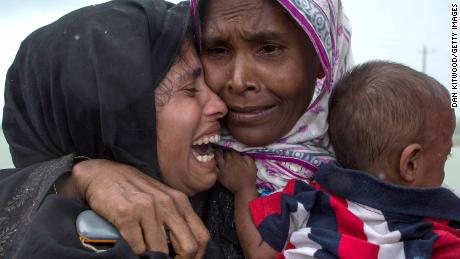 The 60-page report into Facebook’s (FB) role in the campaign against the Rohingya was carried out by BSR (Business for Social Responsibility), a nonprofit group that advises companies on issues such as climate change and human rights.

“Facebook has become a means for those seeking to spread hate and cause harm,” the report said, noting that posts on the platform have been linked to acts of violence in Myanmar.
In a blog post accompanying the report, Facebook product policy manager Alex Warofka said the company agrees “that we can and should do more.”
BSR gave a long list of recommendations that it said Facebook needs to implement. The nonprofit warned that Myanmar’s parliamentary elections in 2020 “are likely to be a flashpoint for hate speech, harassment, misinformation, incitement to violence, and other actions designed to undermine the political process.”
“Facebook would be well-served by preparing for multiple eventualities now,” it added.
Warofka acknowledged that Facebook’s platform was exploited in Myanmar, but he pointed to BSR’s finding that Facebook “alone cannot bring about the broad changes needed to address the human rights situation.”
The report noted that the risks of human rights abuses linked to Facebook are significantly increased by Myanmar’s lack of rule of law, cultural beliefs and recent emergence from decades of authoritarian rule in which freedom of expression was restricted.

The company has “invested heavily in people, technology and partnerships to examine and address the abuse of Facebook in Myanmar,” Warofka said, adding that it has “made progress towards many of the recommendations.” 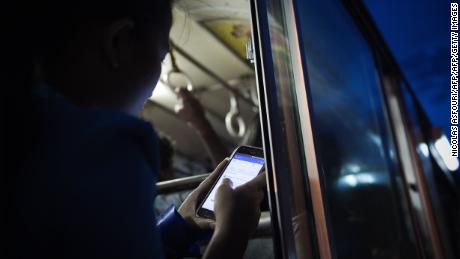 The report calls for improving enforcement of Facebook’s community standards and increasing engagement with key organizations in Myanmar, including the government and civil rights groups.
Facebook also needs to increase transparency by preserving and publishing data “specific to Myanmar so that the local and international community can evaluate progress more effectively,” the report said.
Facebook has admitted to shortcomings in Myanmar previously, acknowledging in August that it was “too slow” to prevent the spread of “hate and misinformation” in the country. Later that month, it banned 20 organizations and individuals in Myanmar, including a senior military commander.
CEO Mark Zuckerberg promised in April to do more to help tackle hate speech in the country after activists accused him of turning a blind eye.
In a response to an open letter from a group of tech and nonprofit organizations, Zuckerberg said the social media giant will introduce technological improvements to filter hate content, and has hired “dozens more Burmese language” moderators to deal with the issue.
“We now we have a special product team working to better understand the specific local challenges and build the right tools to help keep people there safe,” Zuckerberg said at the time.
But some human rights activists in Myanmar say Facebook’s response is too little, too late.

Zarni, an activist who like some other people in Myanmar goes by only one name, described the new report as “a complete whitewash.”
He accused Facebook of “resorting to PR” rather than taking stronger measures to root out the spread of hate on its platform in Myanmar.
Source: Read Full Article