The South Korean tech giant has doubled down on the sci-fi smartphone technology at a special event. 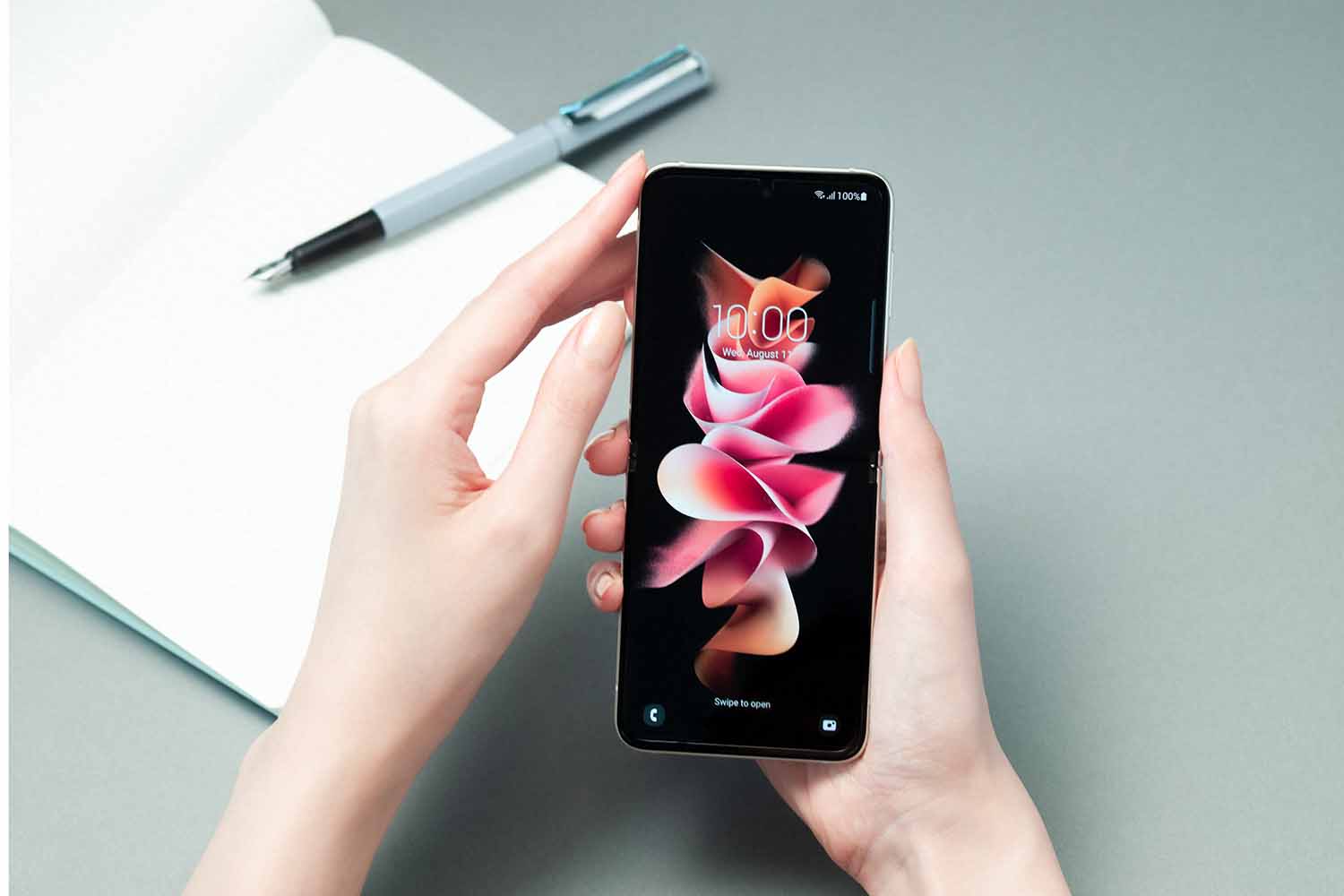 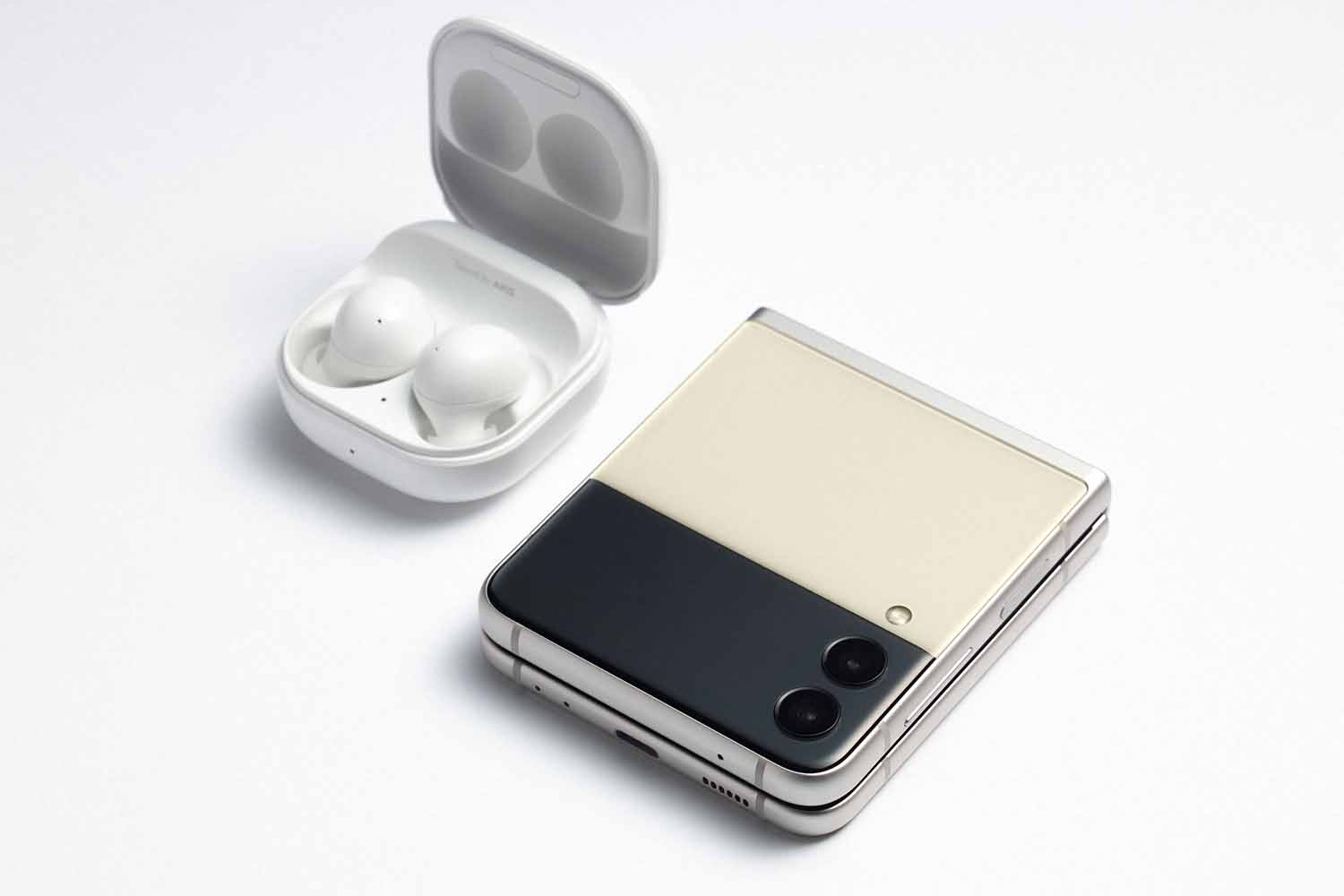 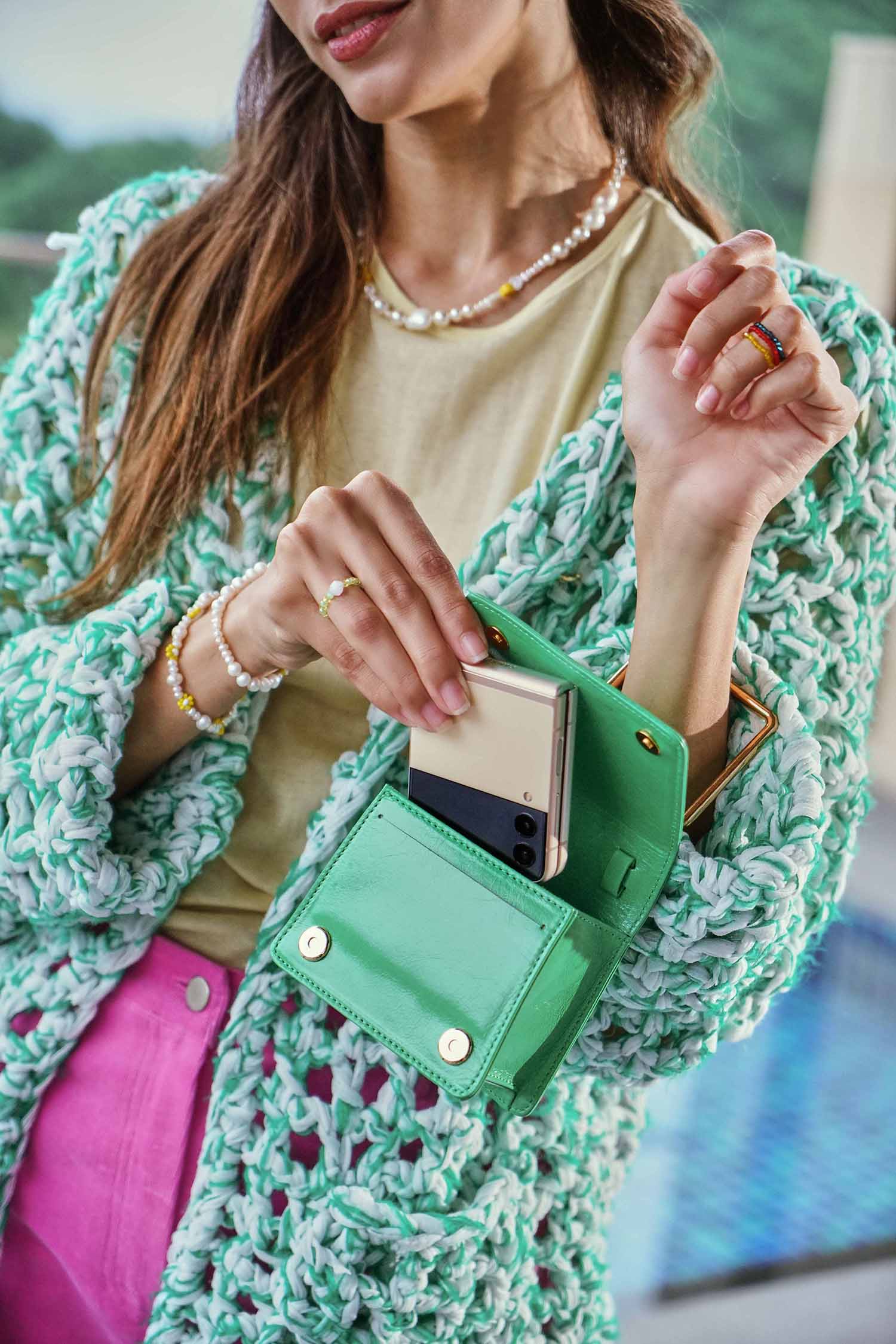 Samsung has been making foldable phones for a few years now.

And although early models were plagued with issues, the company is getting much better at turning out quality foldable handsets.

Today, two new models joined the roster – one that folds out, and a retro-reminiscent flip-phone too.

It’s quite the mouthful, but you get most of the key info from the name.

For a start, it’s a fliphone – think a classic early noughties Motorola, but much better.

This time around you’ve got a 6.7-inch Full HD+ display that covers the entire inside of the phone – no weird keypad.

And it’s an AMOLED screen too, so you’ll get impressive contrast and a broad colour range too.

It works out at around 425 pixels-per-inch, which is more than enough at the distance you’d normally use a phone.

But wait, there’s more: a second screen on the back of the phone, next to the cameras, offers even more info.

This 1.9-inch Super AMOLED display shows a clock, battery info and the date.

The idea is that you can quickly glance at this for your usual metrics, without having to open the phone right up.

Samsung’s new flip phone weighs in at 183 grams, which is par for the course for smartphones these days.

And it’s svelte at 6.9mm when unfolded – but quickly thickens to 15.9mm when you flip the lid down.

Samsung has managed to make the handset IPX8 water-resistant, which is an impressive feat given that it’s a foldable smartphone.

And it’s got a couple of other treats, including Corning Gorilla Glass for increased toughness, a stronger aluminium frame, and no fewer than SEVEN colours.

They include Cream, Green, Lavender, Phantom Black, Grey, White, and Pink – with the latter three being samsung.com exclusives.

The phone comes with 8GB of RAM as standard, with options for either 128GB or 256GB of storage.

Powering the unit is a nippy 5nm 64-bit eight-core processor.

And inside is a 3,300mAh battery that should get you a full day of use with ease.

The handset supports ultra-fast 5G mobile connections (as it should!), and runs on Google’s Android 11.

The other big release is the Samsung Galaxy Z Fold 3 5G.

Unlike the Flip phone, this model uses a more traditional Samsung folding mechanism.

That means the handset opens and closes like a book, rotating around a vertical hinge that splits the screen in two.

And the main screen is an even beefier 7.6-inch AMOLED display serving up 374 pixels-per-inch – less than on the Z Flip 3, but decent enough.

It’s seriously heavy at 271 grams, although that’s marginally lighter than its predecessor.

It’s got a power 5nm eight-core processor on board.

The camera set up is respectable, with a triple rear array that includes ultra-wide, wide and telephoto lenses.

There’s also a 10-megapixel cover camera, as well as a 4-megapixel under-display camera.

And once again, as a “world first”, Samsung has made this model water-resistant in foldable configuration.

You get support for S Pen, as popularised by the now-dead Galaxy Note series.

And there’s a Galaxy Watch 4, if you’re a Samsung fan that wants a flavour of the Apple Watch lifestyle. 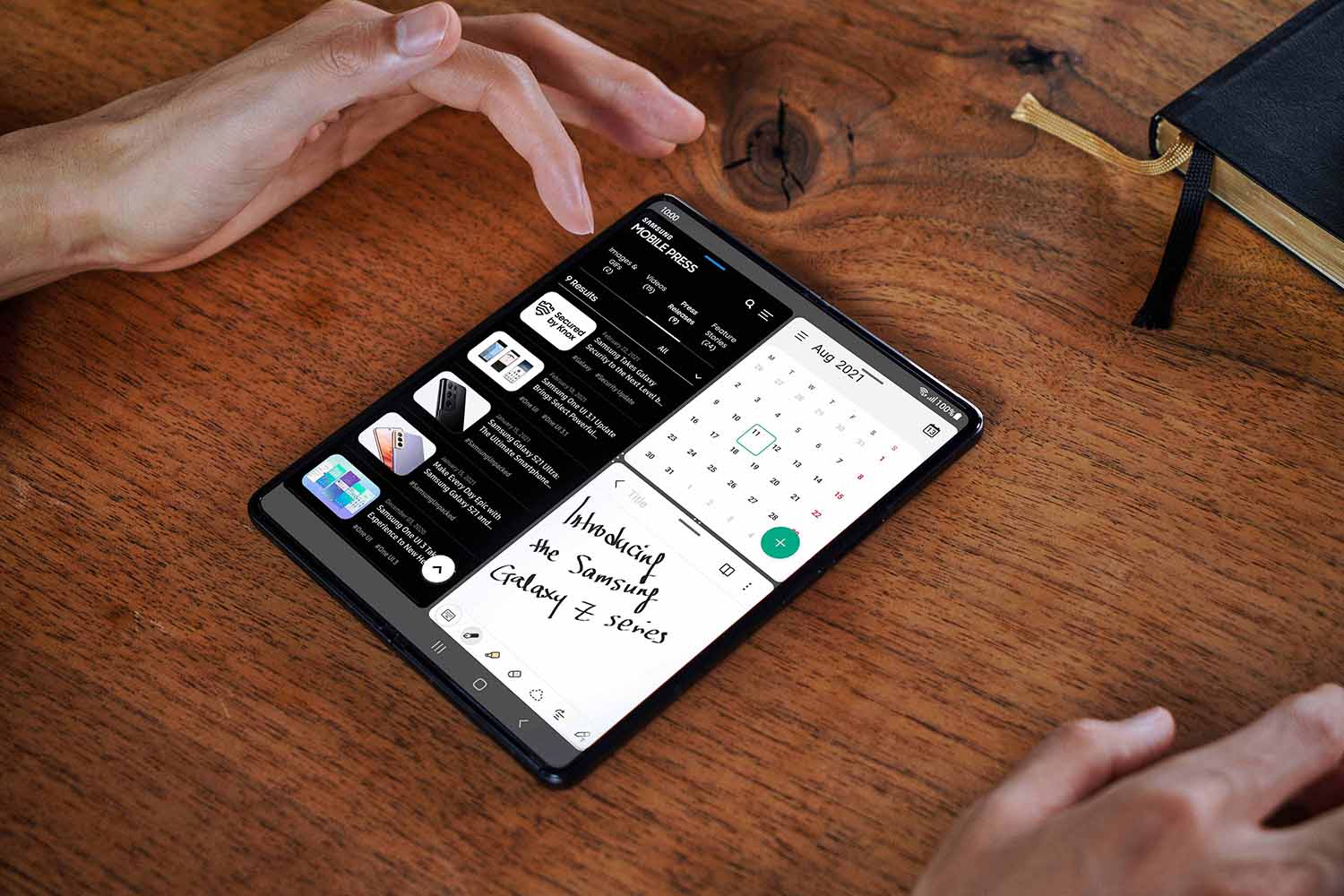 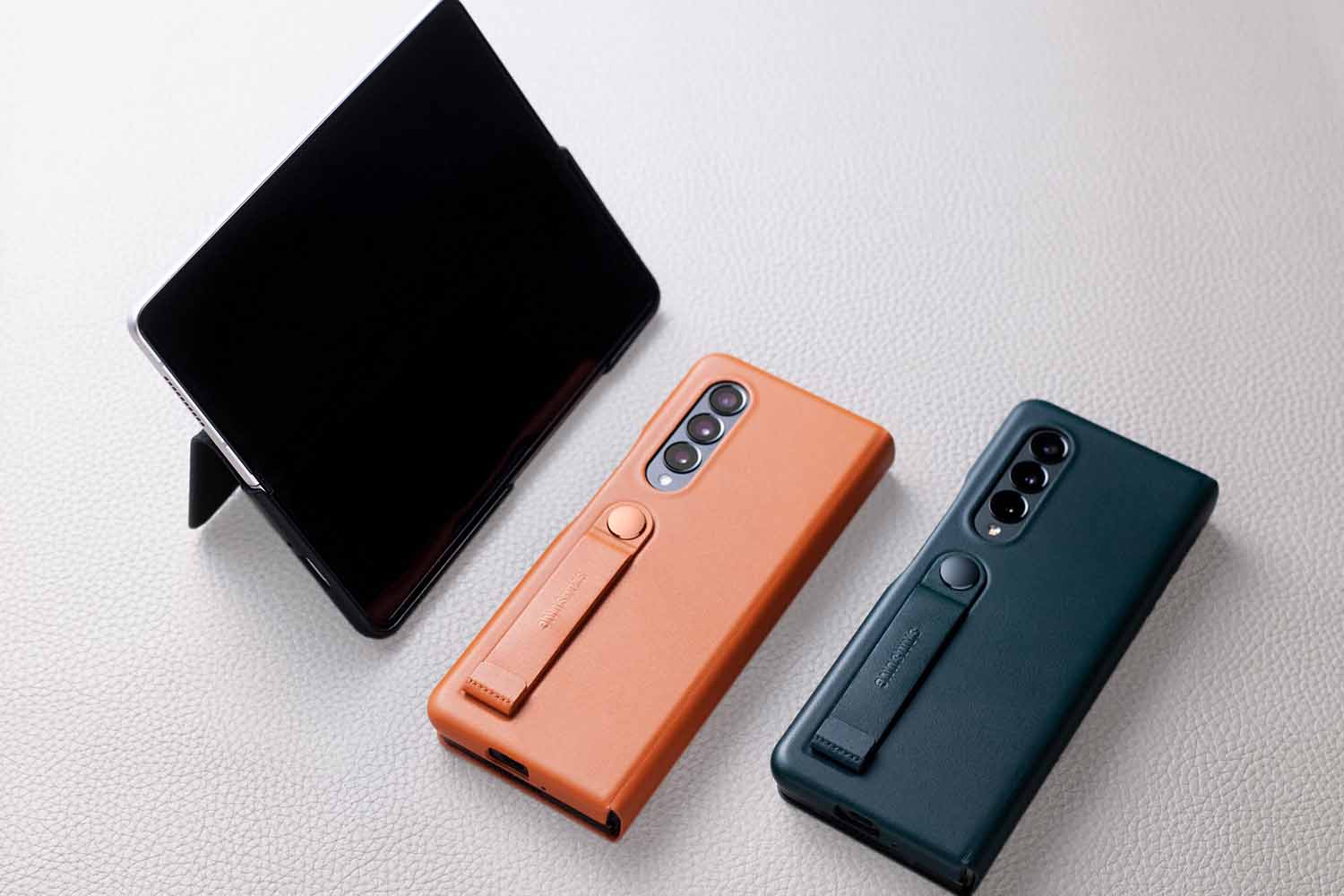 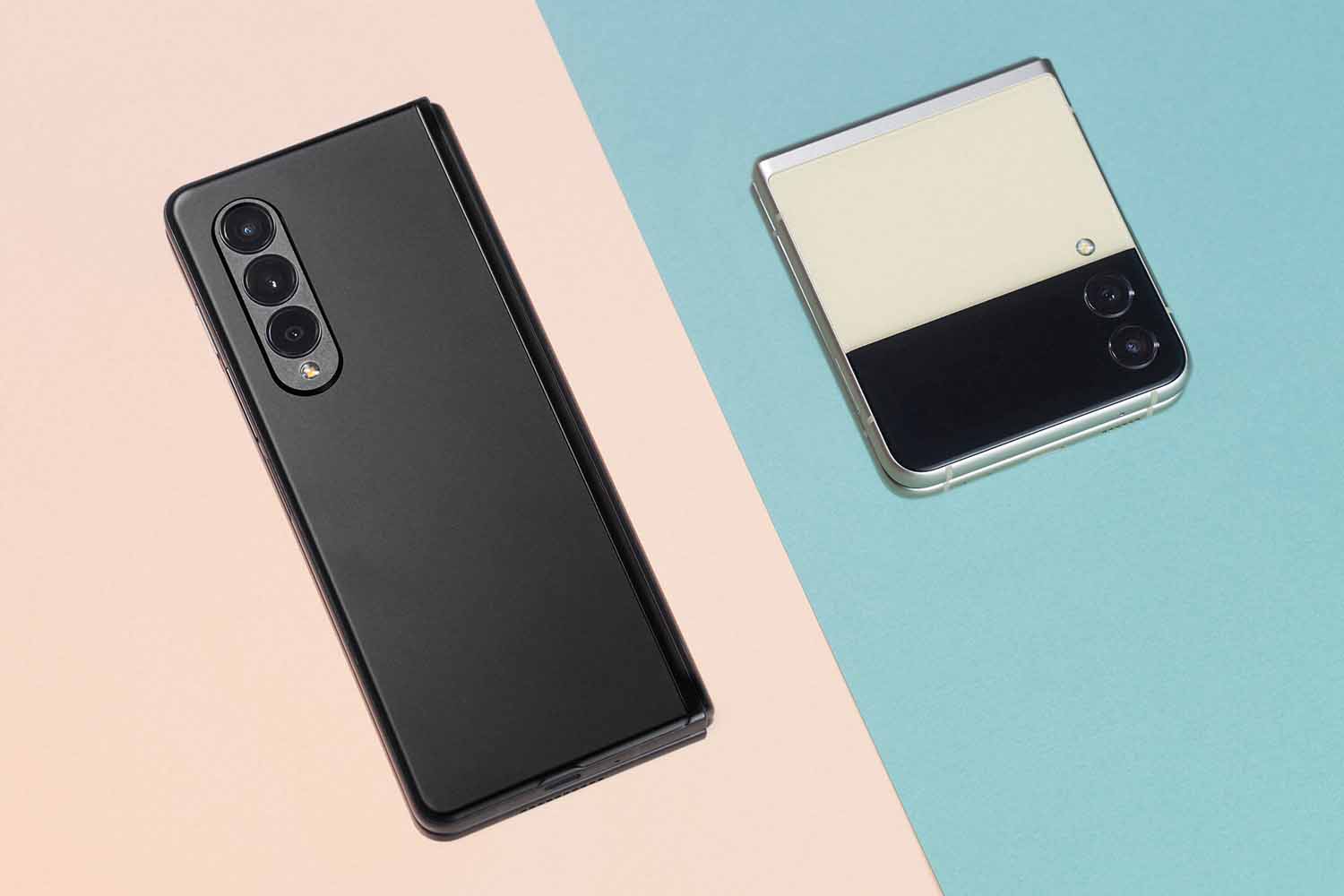