Abraham Lincoln and George Washington have been reprieved in San Francisco.

The city’s school board voted unanimously Tuesday night to reverse a “cancel culture” decision made months earlier to remove names deemed to be connected to racism, slavery, or oppression from 44 schools in the area, the San Francisco Chronicle reported.

The San Francisco Board of Education said it wanted to avoid “frivolous litigation” from a current lawsuit.

The name of contemporary U.S. Sen. Dianne Feinstein, D-Calif., also was going to be axed from a school over an issue involving a damaged Confederate flag she allegedly replaced outside of City Hall while she was San Francisco’s mayor in the 1980s.

Critics of the decision to remove the names, on both the right and left, accused the board of “canceling” prominent historical figures and of not doing sufficient research to determine which names should be removed. They also noted the considerable amount of funds that would be needed to remove the names from the school, sports uniforms, gymnasiums, etc. 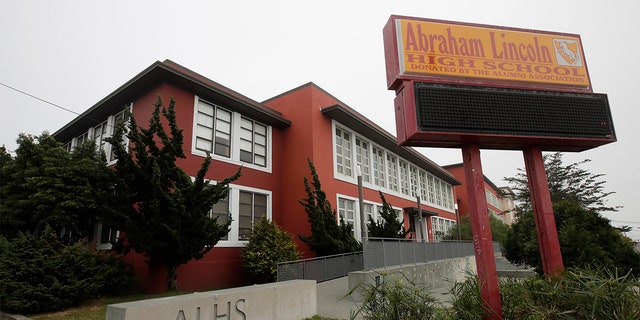 The board initially voted 6-1 in January to remove the names. In February, it decided to halt the plan until children had returned to classrooms after receiving considerable backlash for focusing on renaming schools instead of more pressing matters during the pandemic.

Even San Francisco Mayor London Breed, a Democrat, called the decision “offensive” because she said in-class learning should be a top priority.

Board Commissioner Gabriela Lopez admitted in February that “mistakes” were made in the process of determining which names would be removed. “We need to slow down and provide more opportunities for community input,” she said.

The board also faced a lawsuit claiming it had violated the state’s open meeting law and a judge ruled last month the board should rescind the vote or explain why it won’t.

“I’m definitely on board that sometimes names ought not to be preserved,” Harvard Law professor Laurence Tribe, who signed on as a plaintiff, told The Chronicle. “I think it goes dangerously far when the Great Emancipator [Abraham Lincoln] is treated as insufficiently woke.”

The board called the lawsuit “frivolous litigation” and “nothing more than a transparent attempt to thwart a lawful and duly-noticed action with which it disagrees.”

The plaintiff’s lead attorney, Paul Scott, said the board’s initial decision was an “enormous waste of time and resources by all concerned, when the Board should have been focused on getting kids back to school, rather than creating a legal mess that private citizens have had to clean up by resort to the courts,” according to The Chronicle.

The board said it plans to go back to the issue once schools have fully reopened, likely in the fall.