After experiencing dizziness and fatigue on Thursday, Luján, 49, checked himself into a local hospital and was later transferred to UNM Hospital in Albuquerque, the senator’s chief of staff Carlos Sanchez said in a statement.

“Senator Luján was found to have suffered a stroke in the cerebellum, affecting his balance. As part of his treatment plan, he subsequently underwent decompressive surgery to ease swelling,” said Sanchez.

Decompressive surgery involves removing a part of the skull to allow a swelling brain to expand.

The senator is expected to make a full recovery, his office added. 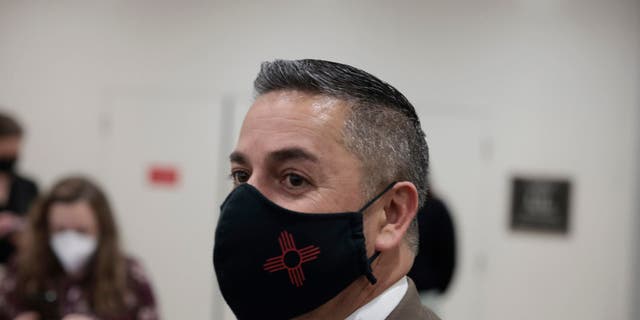 Sen. Ben Ray Lujàn, D-N.M., walks in the Senate Subway of the Capitol during a vote on Dec. 6, 2021 in Washington, D.C. (Photo by Anna Moneymaker/Getty Images)

“Senator Luján looks forward to getting back to work for the people of New Mexico. At this time, he and his family would appreciate their privacy, and ask for your continued prayers and well wishes,” Sanchez said.

“My thoughts are with Senator Ben Ray Luján and his family. I’m so glad to hear that he will make a full recovery,” Senate Majority Leader Chuck Schumer tweeted. “We look forward to his quick return to the Senate.”

Luján’s fellow New Mexico senator, Sen. Martin Heinrich, D-N.M., also tweeted in support, writing, “I know that all of my fellow Senators and our constituents in New Mexico join me in sending our best wishes to him, his family, and his staff.”

Sen. Dick Durbin, D-Ill., who is the Senate Democratic whip, was unaware of the senator’s condition, according to The Hill.

“Oh my god. I didn’t know that,” he said, adding that he was unsure if Luján’s emergency would change the Senate schedule. 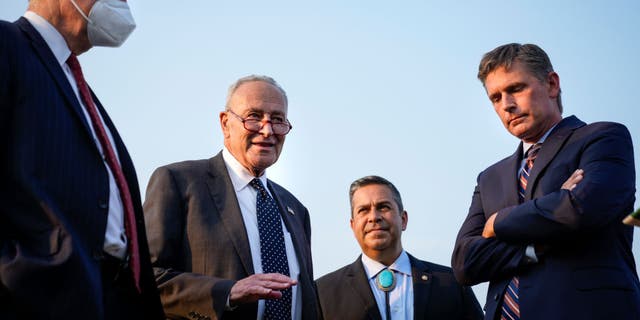 Sen. Mitt Romney, R-Utah, is also out from the Senate after testing positive last week with a breakthrough case of COVID-19. While both Romney and Luján are out, the Senate remains evenly split.