Senators mull censuring Trump as an alternative to impeachment trial

Senate Majority Leader Chuck Schumer insists a Trump impeachment trial will still take place — despite Tuesday’s vote in the Senate showing that the chamber is far short of the 67 votes needed to convict the former president.

“I would simply say to all of my colleagues, make no mistake, there will be a trial,” the top Democrat in the chamber emphasized Wednesday in a speech on the Senate floor. “The evidence against the former president will be presented in living color for the nation and every one of us to see once again and no one will be able to avert their gaze from what Mr. Trump said and did and the consequences of his actions.”

But with only five Republicans joining all 50 Democrats in the Senate on Tuesday in rejecting a push by GOP Sen. Rand Paul of Kentucky to declare the trial unconstitutional, it’s becoming increasingly clear that Trump’s second impeachment trial will likely end in acquittal.

And that’s spurring two moderate senators – Democrat Sen. Tim Kaine of Virginia and Republican Sen. Susan Collins of Maine, who was one of the five GOP lawmakers to say the trial’s constitutional – to pitch to their colleagues in the chamber an option to censure Trump. 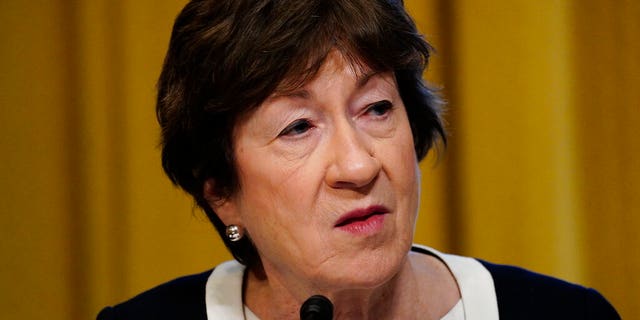 “I think it’s pretty obvious from the vote today that it is extraordinarily unlikely that the president will be convicted. Just do the math,” Collins said on Tuesday evening.

Kaine told reporters on Wednesday that censure could be an alternative to holding a trial that would divert precious Senate time from confirming President Biden’s Cabinet nominees and passing coronavirus pandemic vaccination funding and relief aid.

“I have been talking with a number of my colleagues, a handful, for a couple of weeks about the likelihood that we would fall short on impeachment. And by doing that, not only will we fall short but we would use time for something that we could be using for COVID relief, which I think is just so dire right now,” Kaine said. 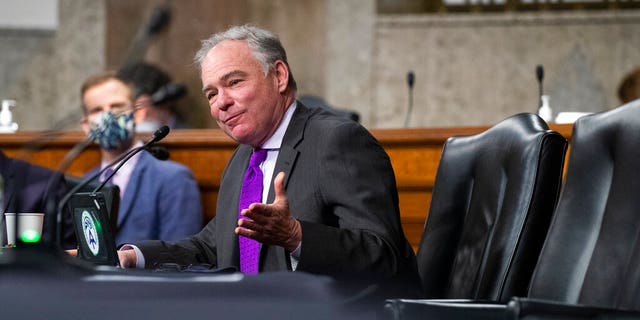 “To do a trial knowing you’ll get 55 votes at the max seems to me to be not the right prioritization of our time,” Kaine added. “Obviously we do a trial, maybe we can do it fast but my top priority is COVID relief and getting the Biden cabinet approved.”

The censure proposal being floated by Kaine and Collins was first reported Tuesday night by Axios.

Unlike an impeachment conviction, a censure resolution would only need the support of 60 Senators to overcome the threat of a filibuster and reach a final floor vote.  That means 10 Republicans would need to join the chamber’s Democrats in supporting the measure.

“I think there is a need for some accountability and some consequences and I think many Republicans, if you look at the words they’ve used about what happened on Jan. 6 and the President’s role in it, they’ve essentially stated that,” Kaine said. “So if we could do something like this and have it be bipartisan and thereby potentially avoid the trial, I think that would be beneficial but we’re not there yet.”

Lawmakers have been discussing options besides or in addition to impeachment since the storming of the Capitol, which came soon after the then-President Trump urged a large crowd of supporters he addressed at a rally near the White House to march to the Capitol and show strength in protesting the certification of an election he’s repeatedly and falsely claimed was “rigged.”

A mob subsequently attacked the Capitol, where former Vice President Mike Pence and members of Congress were certifying Joe Biden’s Electoral College victory over Trump. The storming of the building resulted in the deaths of five people, including a Capitol Police officer, and widespread vandalism of the building.

House Republicans earlier this month introduced a censure resolution condemning Trump “for trying to unlawfully overturn the 2020 presidential election and violating his oath of office.” But the Democratic majority in the House rejected the resolution, saying it didn’t go far enough in holding Trump accountable. The House then voted 232-197 on Jan. 13 to impeach the president. Ten Republicans joined all 222 Democrats in voting to impeach Trump.

Besides floating a censure resolution, Kaine is also part of a group of Democrats in the Senate considering using the 14th Amendment to the Constitution to bar Trump from holding office again. Such a resolution would also need 60 votes clear any filibuster hurdle and reach a final vote.