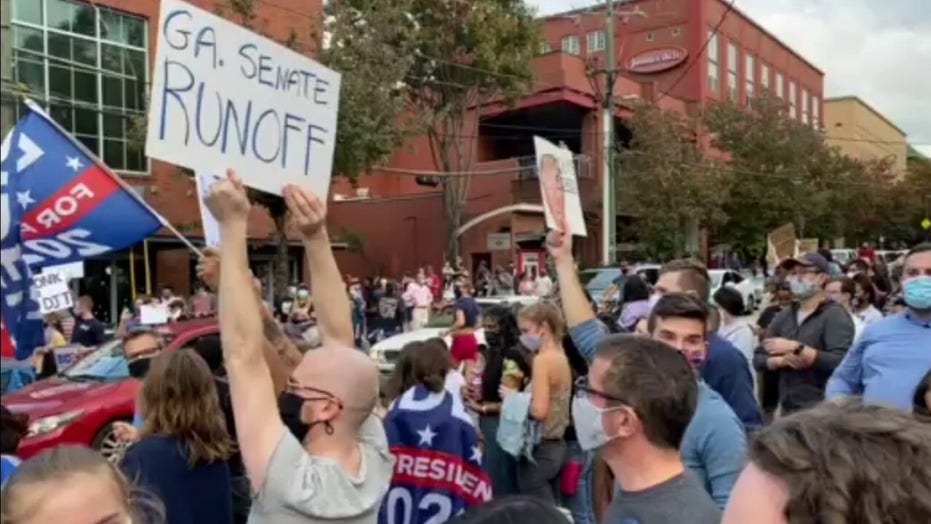 Over the past eight months, the mainstream media have spewed alarmist coverage of the coronavirus outbreak, shaming Trump supporters for attending rallies and anti-lockdown protests, according to Ben Shapiro. But the anti-Trump outlets exposed their "great hypocrisy" over the weekend as thousands gathered in cities across the country to celebrate Joe Biden's election victory, the commentator observed Monday.

"Either COVID stopped being dangerous, or the media are damned liars," the "Ben Shapiro Show" host told podcast listeners. "You couldn't visit grandma in the hospital while she was dying because COVID is 'super dangerous,' but you can be out there not wearing a mask…celebrating Trump not being in office."

Shapiro noted that in the weeks leading up to the election, CNN and other outlets repeatedly condemned the Trump White House for holding events and rallies in defiance of the Centers for Disease Control and Prevention's (CDC) pandemic guidance.

However, the network's concerns about the possible spread of the virus were virtually non-existent Saturday and Sunday as thousands took to the streets across the country in mass gatherings, paying little regard to the coronavirus and the health risks they consistently warned of.

"I've been hearing for months that if you went out there and you protested against the lockdowns, you are a bad, terrible, no good, very bad person," Shapiro said. " If you went to a Donald Trump rally, you were endangering all of your fellow humans…you were a dangerous character."

But, "COVID's over guys," he added, characterizing it as the "wokest virus ever."

The conservative commentator pointed to a recent segment on CBS News, during which Gayle King compared the celebrations to a "nationwide block party" and praised the "unbridled exuberance"  found in street celebrations and parades across the country.

The segment is just further evidence that the media is "utterly full of crap," Shapiro said, accusing mainstream outlets of treating the coronavirus as "just a malleable tool you can yield against your political opposition."

"The same people who say you can't have your family over for Thanksgiving because Anthony Fauci says so, are like 'but they're having a block party 'cuz Trump's out of office and the virus don't care because the virus is woke,'" he mocked.

"Um isn't there a pandemic?" I was informed that half a million people were going to die by the end of the year by Joe Biden," Shapiro argued, "but apparently it no longer matters."