Former Liberal Democrat leader Sir Menzies Campbell has thrown his weight behind former Autonomy boss Mike Lynch in his battle to avoid extradition to the US on fraud charges.

Campbell, a QC, said UK citizens are at a significant disadvantage when they attempt to fight US extradition requests, because they have to meet a different standard of proof compared with Americans whose extradition is requested by the UK.

Campbell believes US prosecutors “over-egg” indictments against UK defendants so they can work towards a plea bargain, and says the costs of fighting extradition can be prohibitive as in the US “there is no legal aid system, such as we would understand”. 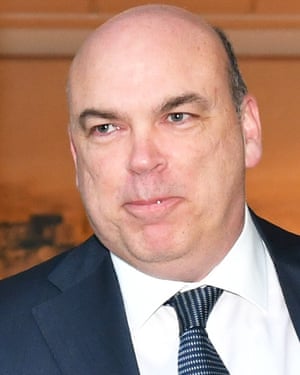 Lynch is currently awaiting the judgment in his £3.8bn civil fraud case, relating to the acquisition of his company Autonomy by Hewlett-Packard for £8.4bn in 2011.

He submitted himself for arrest earlier this month as part of the US’s attempt to extradite him to face criminal charges. If he was found guilty, he would face a maximum sentence of 25 years in prison. Lynch denies any wrongdoing and has been released on £10m bail.

Campbell is not working for Lynch but has been a vocal critic of the US-UK extradition treaty, and has intervened several times in previous high-profile extradition cases.

In 2006, he was asked to help Gary Mulgrew, one of the so-called NatWest Three. Mulgrew and two other British former NatWest bankers failed in their attempts to avoid extradition, and were later sentenced to 37 months in a US jail for a complex fraud related to the 2001 collapse of US energy giant Enron.

The former lawyer believes the US request for Lynch’s extradition has come too soon, before the judgment in the Autonomy founder’s civil case is handed down. However, if the judge finds in Lynch’s favour, “it could well be a powerful argument against extradition”, said Campbell.

Lynch is challenging his extradition using a “forum bar”, which allows British courts to block an extradition if they believe it is in the interests of justice for the defendant to stand trial in the UK. The legal process is expected to last until the end of the year.

Campbell believes the decision made in 2012 by then home secretary Theresa May to block the extradition of computer hacker Gary McKinnon, diagnosed with Asperger syndrome, on human rights grounds, has led to the US making more extradition requests: “My clear impression is that the Americans are playing hardball on this.”

Campbell believes this can also be seen in the US refusal to extradite Anne Sacoolas, the wife of a US diplomat charged with killing 19-year-old motorcyclist Harry Dunn in a road collision in Northamptonshire in 2019.

Campbell has campaigned for more than a decade for a change in the law, which critics say is stacked against British citizens.

However, as the UK eyes a post-Brexit free trade deal with the US, he is no longer optimistic.

“I don’t think we are in a position to bring about change,” he said. “United Kingdom are supplicants in any argument or any negotiation about trade and annoying the Americans might be thought to have potentially adverse consequences.”