Softbank funds tech giants. But they're not all successes

Just two days after WeWork’s new chief executive officially started, the company said it has hired former Ernst & Young partner Shyam Gidumal as its chief operating officer. The executives will lead a revamped C-suite that will be responsible for turning around the company following its disastrous attempt at an IPO last year.
Gidumal will serve as the right-hand man to CEO Sandeep Mathrani, the seasoned real estate executive who took over the role from WeWork execs Artie Minson and Sebastian Gunningham. The two had been working as co-CEOs since the September departure of disgraced former CEO and co-founder Adam Neumann. Prior to the co-CEO role, Minson served as COO and president. When Mathrani’s hire was announced earlier this month, the company said Minson and Gunningham would remain at the company through “a transition period to ensure a smooth onboarding process.” 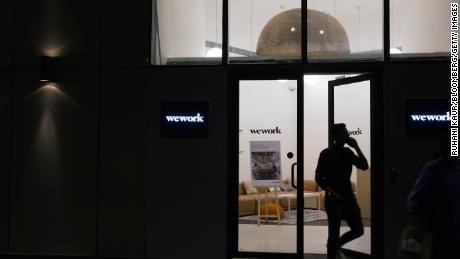 Given their backgrounds, the two new executives are sure to instill a much different culture than under Neumann, who valued partying, had a well-known penchant for drinking tequila, and who infused spirituality into the company’s DNA. The company’s mission, per its IPO paperwork, was to “elevate the world’s consciousness.”
“I’ve spent my entire career managing or advising companies, often through key transformational endeavors, to help position them for long-term success,” said Gidumal in a statement. Prior to his time at Ernst & Young, Gidumal rose through the ranks at Boston Consulting Group.

Gidumal added that he will work “across all levels of the business on our path to profitable growth.”
Under Neumann, WeWork raised billions of dollars and scaled its co–working operations to hundreds of cities around the world. The company was once valued at an eye-popping $47 billion. But the company failed in its attempt to go public in large part because IPO paperwork revealed Neumann’s unchecked power and numerous potential conflicts of interest as well as staggering losses.

In October, Japanese conglomerate SoftBank took 80% ownership of the company as part of a deal to invest $5 billion and accelerate a $1.5 billion equity investment, which was originally due in 2020. The package valued WeWork at just $8 billion. SoftBank also installed SoftBank Group COO Marcelo Claure as WeWork’s executive chairman as part of the bailout. Mathrani reports directly to Claure.
“Shyam has been an invaluable partner to me for many years during critical business inflection points, helping to focus operations and organizations including Vornado, and repositioning companies for effective growth,” Mathrani said in a statement.
Source: Read Full Article