The top super PAC that supports Republican senators and candidates is firing up a new multimillion-dollar effort in Georgia’s twin Jan. 5 Senate runoff elections, which will determine whether the GOP retains its majority in the chamber or if the Democrats take control of both houses of Congress as well as the White House.

“Reject radicals Raphael Warnock and Jon Ossoff,” says the narrator in the new TV commercial. “With Ossoff and Warnock, Nancy Pelosi and Chuck Schumer will control Congress. Georgia can stop them.

The new spending by the Senate Leadership Fund is in addition to more than $80 million it and the allied super PAC American Crossroads have already spent to run or reserve ad time in Georgia.

“The fate of our country hangs in the balance in Georgia. This new activity through Peachtree PAC will articulate the stakes couldn’t be higher as the future of freedom is on the ballot,” Senate Leadership Fund president Steven Law emphasized.

The campaigns, the political parties and outside groups are dishing out massive amounts of money into the runoffs. Roughly $300 million has already been spent to run or reserve time for ads. 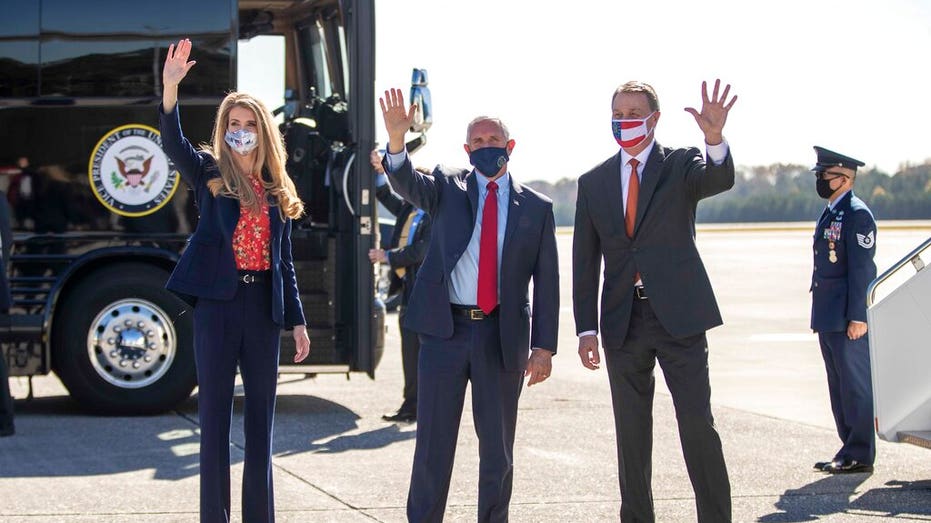 The balance of power for the next Senate coming out of last month’s elections is 50 Republicans and 48 Democrats. This means Democrats must win both of Georgia’s runoff elections to make it a 50-50 Senate. If that occurs, Vice President-elect Kamala Harris would be the tie-breaking vote, giving her party a razor-thin majority in the chamber.

In Georgia, where state law dictates a runoff if no candidate reaches 50% of the vote, Perdue narrowly missed avoiding a runoff, winning 49.75% of the vote. Ossoff trailed by roughly 87,000 votes.

In the other race, the appointed Loeffler captured nearly 26% of the vote in a whopping 20-candidate special election to fill the final two years of the term of former GOP Sen. Johnny Isakson, who stepped down due to health issues. Warnock won nearly 33% of the vote.