Canadian convenience giant Alimentation Couche-Tard has gained full access to takeover target Caltex Australia’s books, in a signal its sweetened $8.8 billion offer for the fuel retailer may be high enough to get its bid over the line.

Caltex decided on Monday to provide the Quebec-based retailer with an ”opportunity to conduct additional due diligence on a non-exclusive basis," giving the Canadian's offer fresh impetus while effectively leaving the door open for other interested parties circling the business. 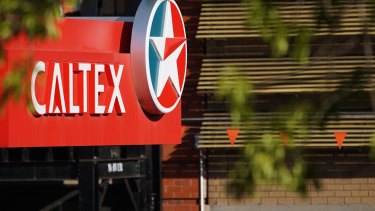 Caltex has squeezed a higher bid out of its Canadian suitor.Credit:AAP

"The Caltex board considers that it is in the interests of shareholders to engage further with Alimentation Couche-Tard,” Caltex said in a statement to the ASX.

The detente between the suitor and its target follows Couche-Tard, which is French for night owl, submitting a fresh indicative bid of $35.25 per share on Thursday – an increase of 0.75¢ per share on its previous offer.

Caltex, led by Steven Gregg, had previously rejected Couche-Tard's first friendly offer of $32 per share. The Canadians then followed up with a higher $34.50 bid but both lower offers were considered inadequate by Caltex's board and not "compelling" for shareholders.

Couche-Tard indicated last week its revised offer was its "best and final price" in the absence of a competing proposal.

Under Australia's takeover code, a final offer "means just that," RBC Capital Markets analyst Irene Nattel said last week, although the "best and final" language was also designed to flush out any other serious contenders.

Britain's EG Group is also circling Caltex and is reportedly in discussions with Macquarie Group for a joint bid that would see EG keep Caltex's main retail business and Macquarie take on the refinery and infrastructure assets.

Another potential suitor is thought to be US giant Chevron Corporation, which formerly owned 50 per cent of Caltex's Australian operations. Chevron jumped back into the Australian fuel retailing market last year with its $425 million acquisition of Puma Energy's local network.

Chevron has also put Caltex on notice that it intends to withdraw the existing licence to use the Caltex brand in Australia, prompting Caltex to revive its Ampol brand and change its name accordingly.

Couche-Tard's modest 2 per cent increase in its offer comes against a backdrop of a weak refining environment and intense competition in the retailing sector which has impacted margins.

The non-exclusive nature of Couche-Tard's due diligence leaves Caltex open to exploring offers from other interested players if they emerge.

The Canadian's offer was subject to various conditions and there was no certainty it would result in a transaction, Caltex said.