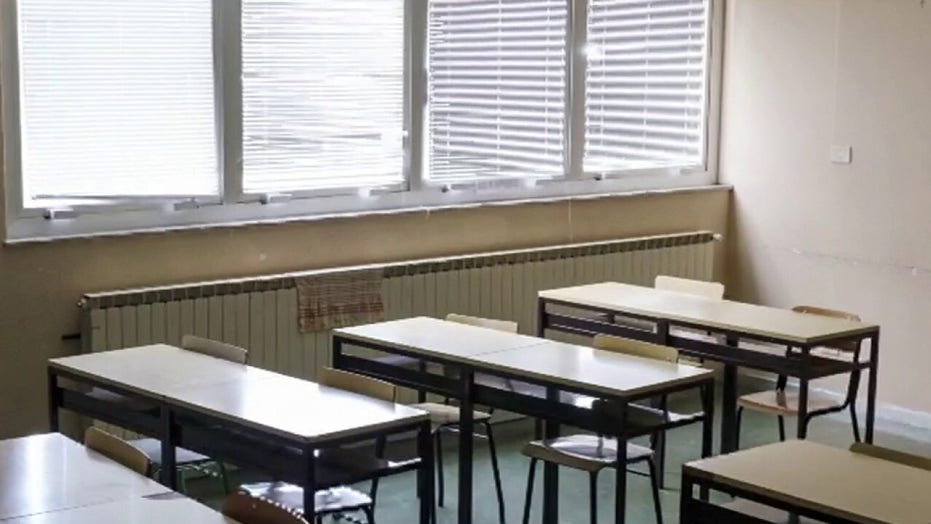 Texas says schools must accommodate students who wish to return to the classroom for in-person learning in the fall; Texas Lt. Gov. Dan Patrick explains the safety protocols.

Texas Lt. Gov. Dan Patrick outlined his state's plans for returning kids to school amid the coronavirus pandemic Saturday, insisting that childen must return to classrooms.

"We want our students back in the classroom," he said, calling it "so important on so many levels."

Patrick, appearing on "Cavuto Live," promised that resuming classroom education in the fall will be done safely.

"We want to make sure our parents and our teachers come back to a safe environment," the Republican said. "And I think we put that all together, whether it's in mid- to late August or early September The school districts will make those decisions, and I think that's the way it should be."

Patrick's comments came amid mounting concern over returning students to schools as coronavirus infections reach record highs in a number of states.

While a number of teachers unions oppose the move, the American Academy of Pediatrics has pushed for reopening schools, emphasizing the importance of students being physically present in school.

Patrick said his state will allow districts to address their own unique challenges with the virus by offering flexibility in reopening plans.

"We have set forth guidelines on everything from how schools should operate to their time coming back to school — but we're giving flexibility to our school districts. Just to put this in persepctive, we have more kids in school, K-12, about 5.5 million, than about half the states have people. We have 1,200 school districts and over 9,000 campuses," he said.

"So we like to give flexibility to the local school boards or the local superintendents. …They have the option to slide that [reopening] back a week or two. We have about 100 counties in our 250, for example, that have less than 20 cases of COVID, so they a may want to go back [at the] regular time."

The Trump administration has urged states to reopen schools for the benefit of students, parents and the  economy.

Confirmed COVID-19 cases in the U.S. hit the 3 million mark this week, with over 130,000 deaths now recorded. The surge has led to new personal protective equipment shortages and long lines at testing sites with delayed results.

On Thursday, Education Secretary Betsy DeVos told "America's Newsroom": "There are no excuses for sowing fear and for making excuses when there are clearly safe ways to do things, and we can make those decisions, take those steps forward to getting schools fully open, fully operational and serve the families that we’ve made the promise to."

DeVos and President Trump have pushed back on Centers for Disease Control and Prevention guidelines for reopening schools, which Trump criticized as onerous and "impractical."

Democratic leaders have backed the idea of reopening schools but urged caution in doing so.

"Everybody I know wants to open up the schools," House Speaker Nancy Pelosi, D-Calif., said earlier this week. "But it has to be safe for the children.”

Fox News' Talia Kaplan and The Associated Press contributed to this report.