The Apple Watch is finally getting 1 major feature it's been missing that Fitbit has offered for years. Here's everything we know about the next model so far.

Apple has released a new smartwatch every year since 2015, and there's a good chance 2020 will be no different.

While last year's Apple Watch brought improvements like an always-on display and a built-in compass, the biggest update expected to arrive on Apple's popular smartwatch in 2020 is support for sleep tracking.

That seems more certain now that Apple has announced a new Sleep app for the Apple Watch, which will be part of the company's new watch software update coming in the fall. The app will display a sleep analysis chart showing your sleeping pattern for the week, and leverages the Apple Watch's accelerometer to gather movement data that can be used to tell whether you're awake or asleep.

An early 2019 Bloomberg report said that Apple could be rolling out sleep tracking features to its 2020 Apple Watch. It's unclear, however, if the new Sleep software is the extent of Apple's new sleep tracking functionality or if the company is planning to add new hardware to its future watch to further expand these capabilities.

Built-in sleep tracking has been the one major feature the Apple Watch was lacking, compared with rivals like Fitbit, which Google agreed to acquire for $2.1 billion, and Samsung. Previously, Apple Watch owners needed to download a third-party app to measure sleep.

Adding such a feature — and improving the Apple Watch's battery life to go along with it — could further establish Apple's stronghold on the smartwatch market. Apple was the top wearable device maker as of the first quarter of 2020, according to The International Data Corporation, claiming 29.3% of the market, followed by Xiaomi, Samsung, Huawei, and Fitbit.

The launch would also come just after rival Fitbit launched a new smartwatch called the Sense that it claims can measure the impact of stress on the body and a new version of its Versa watch.

Here's a look at everything we're expecting to see from Apple's next smartwatch.

Apple will probably call it the Apple Watch Series 6. 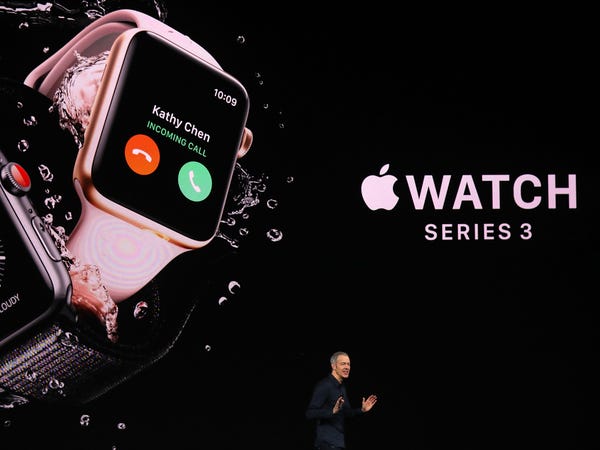 If Apple sticks with the branding it's used since 2016, we can expect its next smartwatch to be called the Apple Watch Series 6.

The watch will probably be released in September. 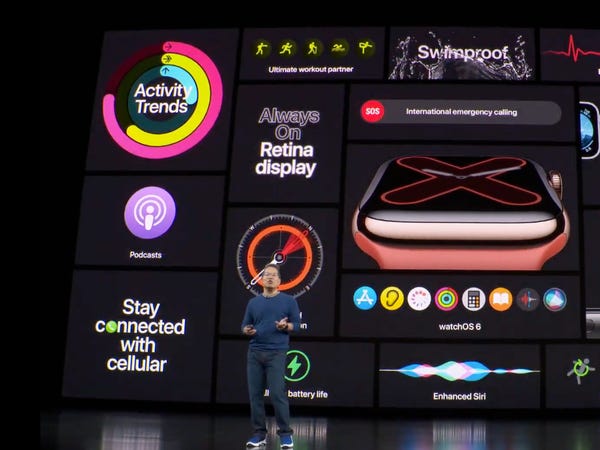 Apple typically debuts its new Apple Watch alongside its refreshed iPhones in September, so it seems plausible that the company may take a similar approach this year. In years past, Apple has revealed the new watch on stage during its fall keynote and launched the device in stores later in September, usually roughly 10 days after the launch event.

Apple just launched a sleep tracking app for the Apple Watch, hinting that perhaps more sleep-oriented features are coming in the next model. Apple is said to have been testing sleep tracking for the Apple Watch at its campus as of early 2019, according to Bloomberg's Mark Gurman. It's unclear if this means the next Apple Watch will have additional sleep tracking features based on new hardware that extend beyond what will be available in watchOS 7's new Sleep app.

One thing it will need to keep up with rivals, however, is better battery life. Fitbit devices last for multiple days without requiring a charge, making it easy to wear them overnight without worrying about them running out of juice the next day. The Apple Watch, comparatively, typically needs to be charged every night.

Along with showing how much you've slept in the past week and monitoring the time you've spent asleep in the new Sleep app, the watch will also remind you to charge it when the battery dips below 30% in watchOS 7.

The next Apple Watch may be able to monitor blood-oxygen levels, too. 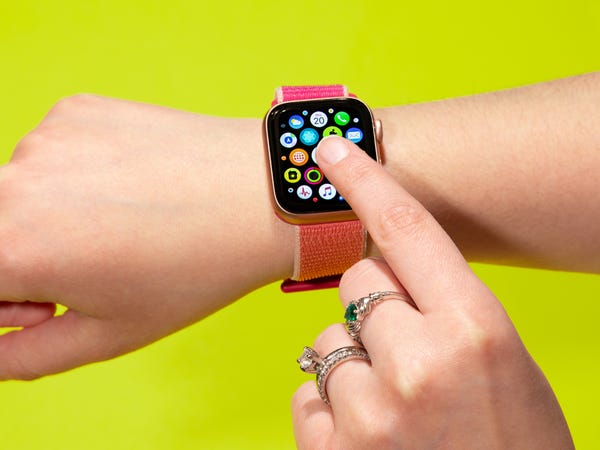 Apple's next-generation smartwatch may be able to measure blood-oxygen saturation, a feature that Fitbit rolled out to some of its devices earlier this year, as 9to5Mac reported after finding references to the capability in Apple's code.

With this feature, the watch would be able to notify users when their blood-oxygen saturation falls below a certain level, and the alerts would look similar to the heart-rate notifications currently available on the Apple Watch.

It's unclear if this feature will only be available in the Series 6 or if it would be capable of working on older watches as well.

Apple may launch two new watches this year for the first time. 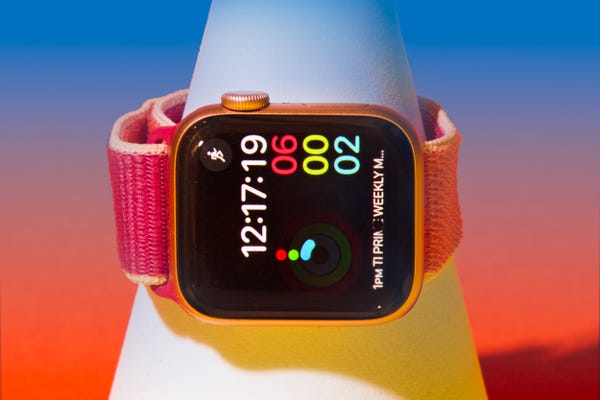 In addition to the Apple Watch Series 6, Apple is also expected to release a second low-cost watch to replace the Series 3, according to Bloomberg.

Doing so could give Apple more ammunition to compete with rivals like Fitbit, which sells fitness-focused smartwatches and wristbands that usually undercut the price of Apple's latest watch.

It will probably look very similar to the Apple Watch Series 5 and Series 4. 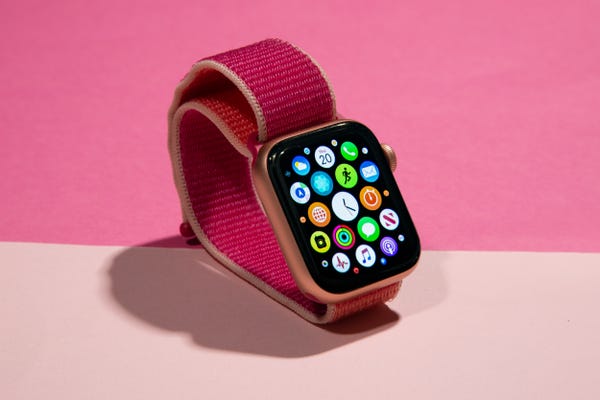 It doesn't sound like Apple is planning any major design changes for its next iteration of the Apple Watch, according to gadget leaker and YouTube host Jon Prosser.

When asked on Twitter about what to expect from the next Apple Watch, Prosser, who correctly reported the iPhone SE's unveil date, said it will look the same as the Series 4.

Apple changed the design of its smartwatch in 2018 with the Series 4, which has a thinner case and a display that's 30% larger compared to the Series 3. It kept this design with the Series 5, and based on Prosser's tweet it seems as if it will do the same for the Series 6.

It'll likely run on a new Apple processor and may offer faster performance. 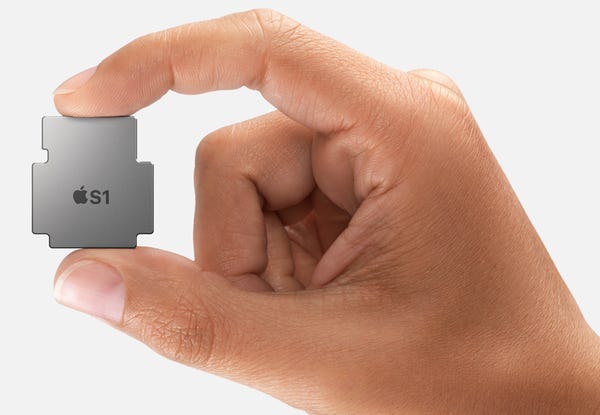 Apple typically introduces a new processor in each new model of the Apple Watch, as it's done in years past. While there wasn't much of a performance boost when it came to speed between this year's Apple Watch and last year's, Apple said when announcing the Series 4 that it was capable of delivering twice the speed of its predecessor.

TF International Securities analyst Ming-Chi Kuo, who is known for his often accurate predictions about future Apple products, also said he expects the next-generation Apple Watch to offer faster performance, as MacRumors reported. The wireless transmission speeds will also reportedly be faster on the next Apple Watch, says Kuo, which means we may see a boost in Wi-Fi and cellular performance.

The next Apple Watch may offer better water resistance. 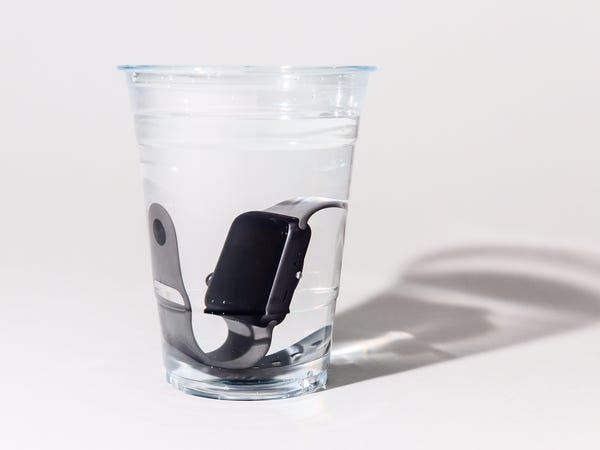 You can already go swimming with the Apple Watch Series 2 or later, but Kuo suggests that the next-generation smartwatch will be more water-resistant than the current generation. He doesn't offer any specifics, however.

The Series 6 will run on the newest software from Apple. 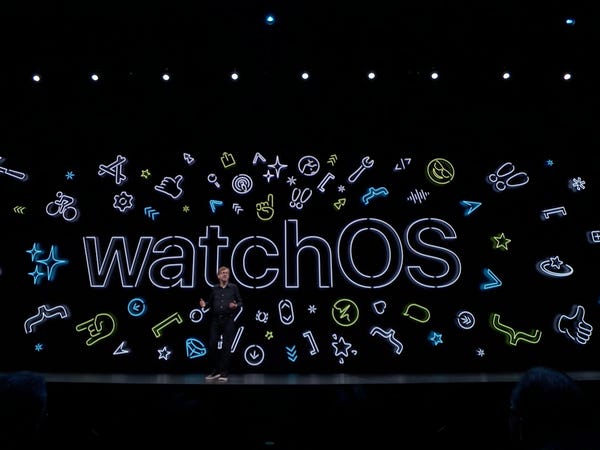 Apple's new smartwatches usually ship with the company's latest software, and there's little reason to believe 2020 will be any different.

The company unveiled watchOS 7 at its Worldwide Developers Conference last month, its next major software update launching in the fall. In addition to the new Sleep app, the upgrade will bring new features such as the ability to share custom watch faces with others, support for new workout types like dance, and handwashing detection among other new additions.

Insider Inc. receives a commission when you buy through our links.