The Case Against A ‘Medicare For All’ Litmus Test, Courtesy of Ocasio-Cortez

Rep. Alexandra Ocasio-Cortez (D-N.Y.) got lots of attention Thursday with a statement she made to HuffPost’s Matt Fuller.

It was about “Medicare for All,” which has become a defining issue in the Democratic presidential campaign, and whether Sen. Bernie Sanders (I-Vt.), Medicare for All’s best-known champion and Ocasio-Cortez’s first choice for 2020 Democratic nominee, could actually get such a plan through Congress.

“A president can’t wave a magic wand and pass any legislation they want,” Ocasio-Cortez warned, acknowledging the political obstacles such a proposal would inevitably encounter. “The worst-case scenario? We compromise deeply, and we end up getting a public option. Is that a nightmare? I don’t think so.”

Ocasio-Cortez wasn’t tempering her endorsement of Sanders or suggesting he back off Medicare for All. On the contrary, she made it clear ― both in the original quote and later on Twitter ― that one reason she supports Sanders is that he campaigns on his ideals, pushing the boundaries of debate as far as he can.

But Ocasio-Cortez was also recognizing that, at least in the near term, Congress is unlikely to pass anything as ambitious as Medicare for All ― and that more incremental progress could still be worthwhile.

She makes a good point, one Democratic voters ought to keep in mind.

Few believe Medicare for All has or will soon have the support it needs in Congress to pass. When Sanders re-introduced his legislation in 2017, it had just 16 co-sponsors and some of them have already backed off the bill in one way or another. When Rep. Pramila Jayapal (D-Wash.) re-introduced her version of Medicare for All last year, it had just 107 co-sponsors, 25 fewer than it had the year before.

It’s a classic example of shifting what’s known as the “Overton Window” ― which means, roughly, the range of ideas that are part of the political conversation ― and it’s precisely why progressives like Ocasio-Cortez think it’s so important to start with maximal demands, rather than start “negotiating with ourselves,” as she told Fuller.

“I think that a president that is more ambitious than Congress is what we need, not less ambitious,” Ocasio-Cortez said.

Progressives make this argument frequently, and there’s a lot to it.

But there’s also a counter-argument, which is that maximalist demands can drive away would-be supporters and voters, rendering strategic decisions about negotiating posture moot because officials never get elected and, as a result, never get to the bargaining table in the first place.

“Demanding the ideal and settling for an adequate compromise sometimes works,” Mark Schmitt, director of the New America Foundation’s political reform program, wrote Thursday. “But sometimes it just makes you irrelevant, or alienates those who’ve been attacked, or costs elections.”

On health care in the 2020 cycle, there’s a case for either approach. Medicare for All fires up supporters, is simple to explain, and promises tangible, meaningful benefits even to people who have insurance already.

That’s an argument for demanding it upfront and negotiating only as a last resort ― especially when the candidate is somebody like Sanders, who makes the case with such clarity and conviction. Watching Sanders win over potentially skeptical audiences, like he did at last year’s Fox News town hall, makes it easy to imagine how his pitch could be an asset in an election. 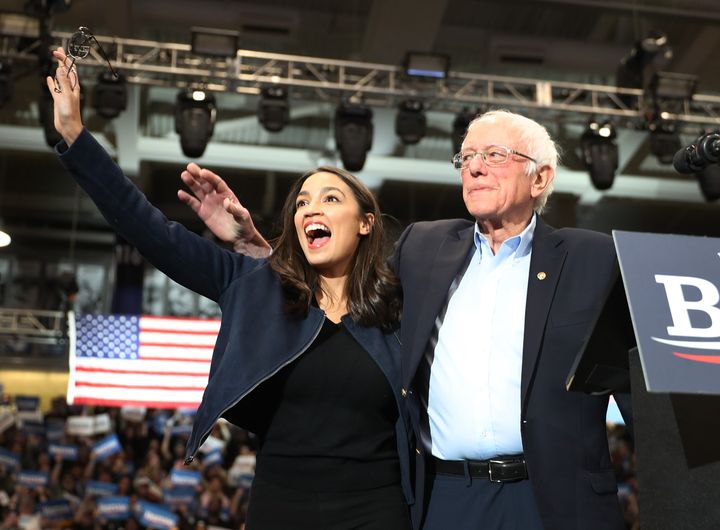 But Medicare for All, which would replace existing insurance arrangements with a new government-run plan, can be a tough sell given that even Americans unhappy with the status quo get spooked by big changes ― and that faith in government remains as low as it’s been in a half-century.

Those sentiments may have already played a role in the 2018 midterms. A regression analysis by Emory University political scientist Alan Abramowitz found that House Democratic candidates “who supported Medicare for All performed worse than those who did not, even when controlling for other factors.”

If fears about Medicare for All are really that significant, that’s one argument for starting with a public option as a demonstration project of sorts, in order to get people more comfortable with the idea. Sometimes policy itself can shift the Overton window.

Reasonable people can disagree about which argument is more persuasive, or where an ideal middle ground between the extremes lies. But too often in the past few years, and especially during the presidential campaign, this strategic debate has turned into a moral one, with supporters of Medicare for All describing dissenters as sellouts to corporate interests or indifferent to the people who would still suffer in a system that didn’t achieve full universal coverage.

Probably the most memorable instance of this was in July of last year, after Vice President Joe Biden laid out a health care plan that included a public option along with other reforms designed to make insurance and drugs more affordable.

Under the Biden plan, millions would get coverage, and many struggling with high costs would get significant financial help. But, by the campaign’s own estimates, it would still leave 15 million people without insurance. 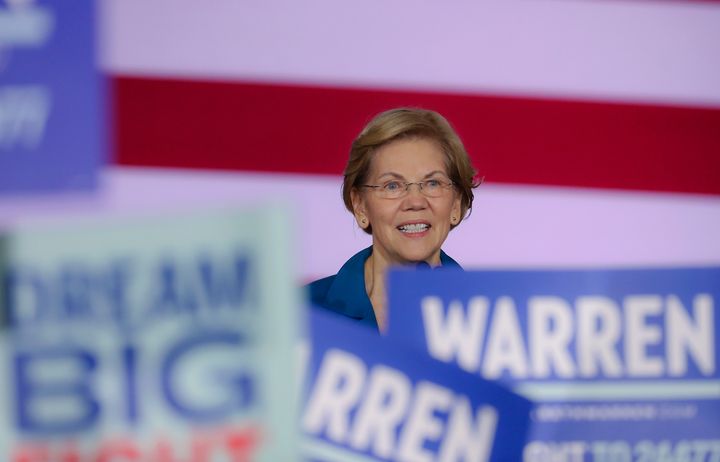 Progressive analyst Matt Bruenig did a back-of-the-envelope calculation, using some well-known data on links between insurance and mortality, and published an item (later republished in the socialist Jacobin) he titled, “Bidencare System Will Kill 125,000 Through Uninsurance.”

To be clear, there are real differences among the candidates and among the Democrats more generally when it comes to health care. Medicare for All has been Sanders’ lifelong cause and is, by all accounts, an expression of his deeply held beliefs on equality. It’s difficult, maybe impossible to find a lawmaker more dedicated to the cause.

Biden, by contrast, has never made health care a priority. And though it’s unlikely he’s indifferent to the plight of people without insurance, he was among the Obama administration officials in 2009 urging the president to hold off on health care reform for at least a year because it was so politically perilous and the economy needed more attention.

But other Democrats who have taken grief for their positions on health care may be getting an unfair rap. The most obvious example is Sen. Elizabeth Warren (D-Mass.), who eventually landed on what amounts to a three-step plan: Executive action to bring down drug prices, pushing for legislation that would create a generous public option and improve coverage under the Affordable Care Act, and then trying to pass full Medicare for All legislation two years later.

Her approach has its pluses and minuses, all of them fair game for criticism. But one part that especially angered progressives ― her belief that full-blown Medicare for All can’t pass right away ― sounds an awful lot like what Ocasio-Cortez acknowledged as political reality on Thursday.

And although it’s fair to wonder whether Warren would put more emphasis on other priorities, like fighting political corruption or making child care available to all working parents, that’s no reason to question her progressive bona fides, especially when she has a long record as one of the Democratic Party’s most progressive members ― by some metrics, even more so than Sanders.

An even better example may be a Democratic senator who thought about running for president and ultimately decided against it, but not before making clear he would not back Medicare for All. The senator is Sherrod Brown of Ohio who, like Sanders and Warren, has a strongly progressive record even though, unlike his New England counterparts, he represents a Midwestern, conservative-leaning state.

Nobody should question Brown’s commitment to the idea that health care should be a right. When Brown first got to Congress, he refused to accept the generous insurance available to lawmakers, saying it was his way of highlighting the plight of people without coverage. He finally started taking it in 2011, after the Affordable Care Act became law. But pushing Medicare for All now would be a “terrible mistake,” he said last year, because of its potential to spook those voters Democrats need to just win elections.

Maybe he’s right about that and maybe he isn’t. Strategic questions are rarely simple, especially when it comes to issues like health care on which the public has so many conflicting and half-informed opinions. But perhaps that also means it’s time to stop thinking of Medicare for All as a litmus test ― or, worse still, a moral one.

Brown once told a Medicare for All supporter that “we have a disagreement here, but we want to end up in the same place.” That’s not true for every Democrat wary of Medicare for All. But it’s surely true for some.