The old man and his sea: How Ernest Hemingway’s Key West home spawned some of his finest work 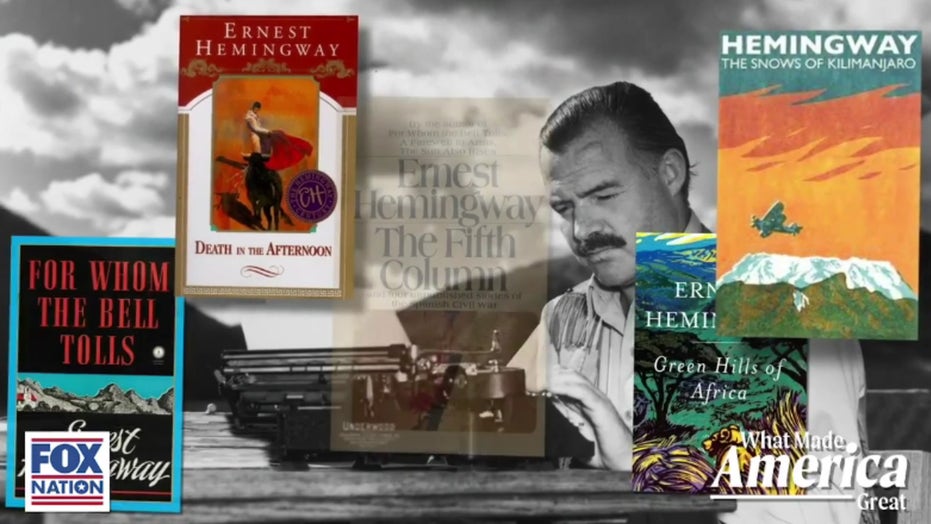 What Made America Great: The words and wisdom of American legend Earnest Hemingway

His literary work is some of the finest America has ever produced.

While that may be a direct line from Fox Nation’s ‘What Made America Great’ host Brian Kilmeade, it’s also a sentiment just about every self-respecting lover of a good book this side of the pond would share.

Ernest Hemingway, known first and foremost as an American novelist — one of the first American authors to have one of his books adapted into a film (“A Farewell to Arms”] at that — penned a slew of stories that would become American classics.

Beginning his career as a journalist – authoring stories using only surface elements and reporting immediate events – Hemingway adapted the technique into his long-form storytelling and had become known for his minimalistic writing style. Termed ‘the iceberg theory’ — or theory of omission – he revolutionized book writing with his belief that the deeper meaning of a story could and should be revealed through suggestion — rather than explicit, subsurface context.

From “The Sun Also Rises” to “The Old Man and the Sea,” Hemingway’s craft would ultimately make him a pioneer of modern literature — winning the 1954 Nobel Prize in Literature to prove it.

PROTECTING ‘THE OLD MAN AND THE SEA’: U.S.-CUBAN EFFORT TO PRESERVE HEMINGWAY RELICS

But this old man was once a young buck who spent his 30’s at 907 Whitehead Street, Key West, Fla., where, it’s said, his love of deep-sea diving spawned much of his greatest work.

“Some people say his boat was the great love of his life,” said Marshall. “Who he was, was a deep-sea fisherman … There’s something magical about an artist and the sea.”

That magic, though, wouldn’t sustain him.

Hemingway was later diagnosed with bipolar disorder, having undergone electric shock therapy as many as 15 times in an effort to treat it – which Marshall noted robbed him of his memory and ability to write. He also suffered nine documented concussions over time, leading to suspected brain damage and his eventual demise.

All this, Marshall suggested, coupled with his father’s suicide, served as the antecedent to his own.

Today, 907 Whitehead Street is home not just to the memory of America’s beloved Ernest Hemingway, but to those who most revere him. Open daily for walk-in visits, fans from all over are welcome to gather at The Hemingway Home & Museum and tour the premises that fueled the passion of an American legend.

To learn more about the Hemingway home and explore other places that made America great, watch season 7 of WMAG today on Fox Nation.