AS the UK goes green in its bid to tackle climate change, cities across the country will change beyond recognition, according to one expert.

In a series of images published Tuesday, University of Lancaster boffin Serena Pollastri outlined predictions for the future of Britain's big towns, including the removal of all cars from our roads by 2100. 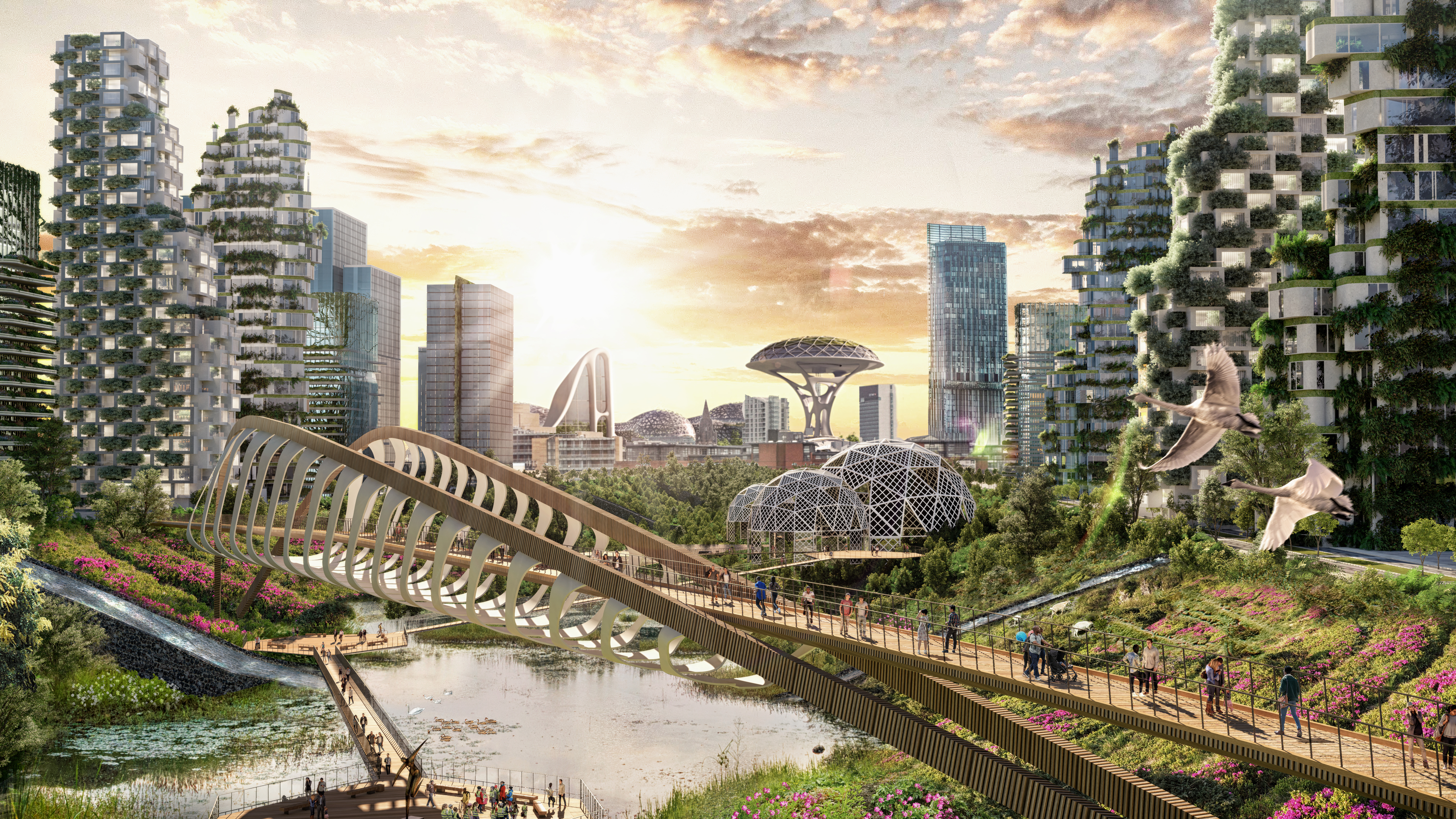 Rain-drinking skyscrapers and "living" green buildings will also sprout across the nation, according to the artist impressions.

The images show a futuristic London, Manchester and Birmingham skyline and were put together with the help of ice cream maker Ben and Jerry's.

Pollastri, co-author of the UK Government’s Foresight Future of Cities Project, tried to imagine what Britain would look like within the next 80 years if Westminster acts now to combat climate change.

"We know that it is not only possible but necessary to seriously re-evaluate what future we want and how to build it," she said. 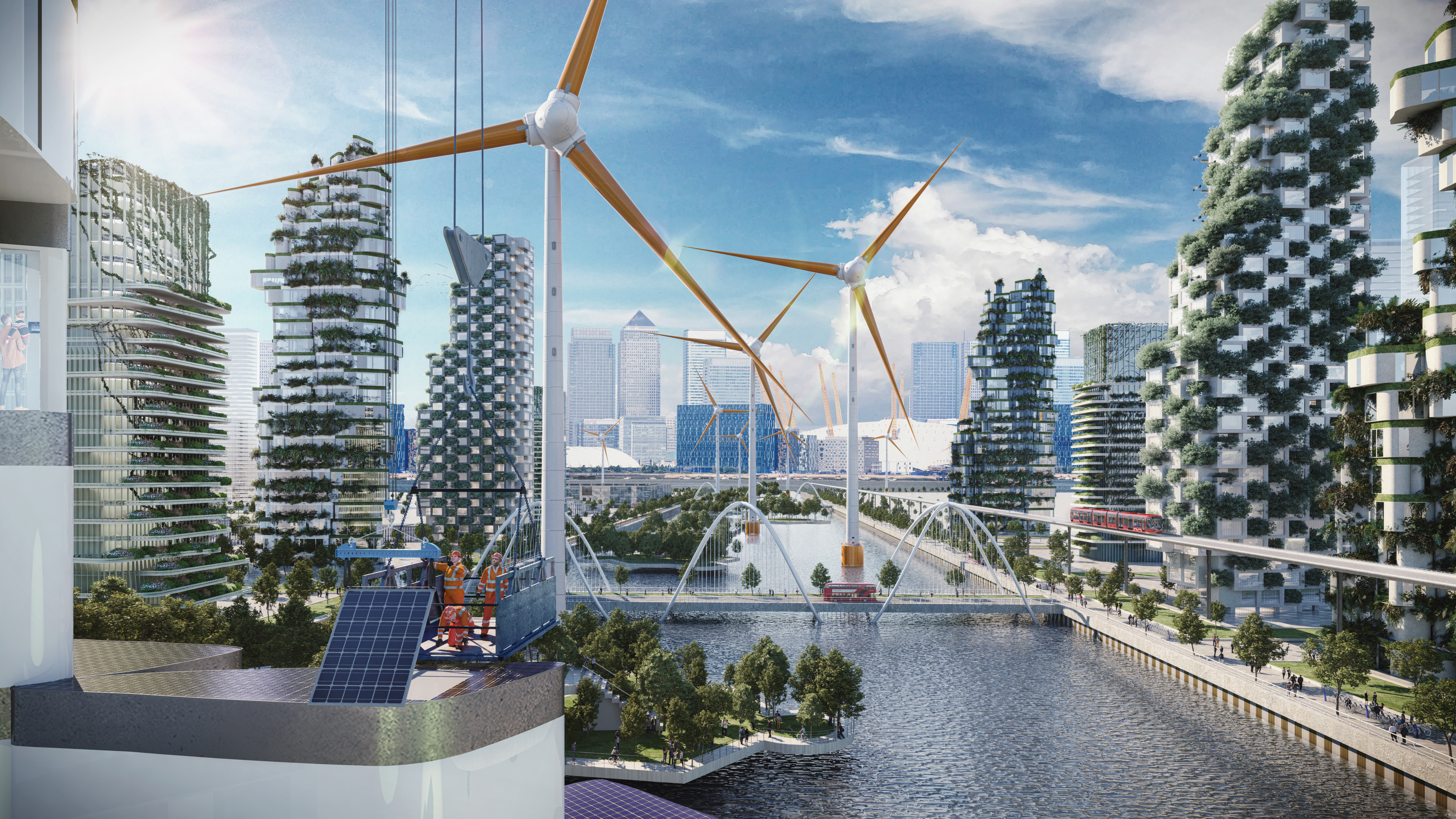 "We should be doing this with the imminent and far reaching effects of climate change in mind."

Among the adaptations she believes cities will introduce are flourishing inner city wetlands, neighbourhoods filled with community gardens, and green building powered by renewable energy.

Green, accessible transport will replace most cars and carry workers to their officers in skyscrapers that absorb rainfall.

Roads and car parks will be transformed into a network of green corridors linking urban parks with forests, while solar panels will adorn every roof. 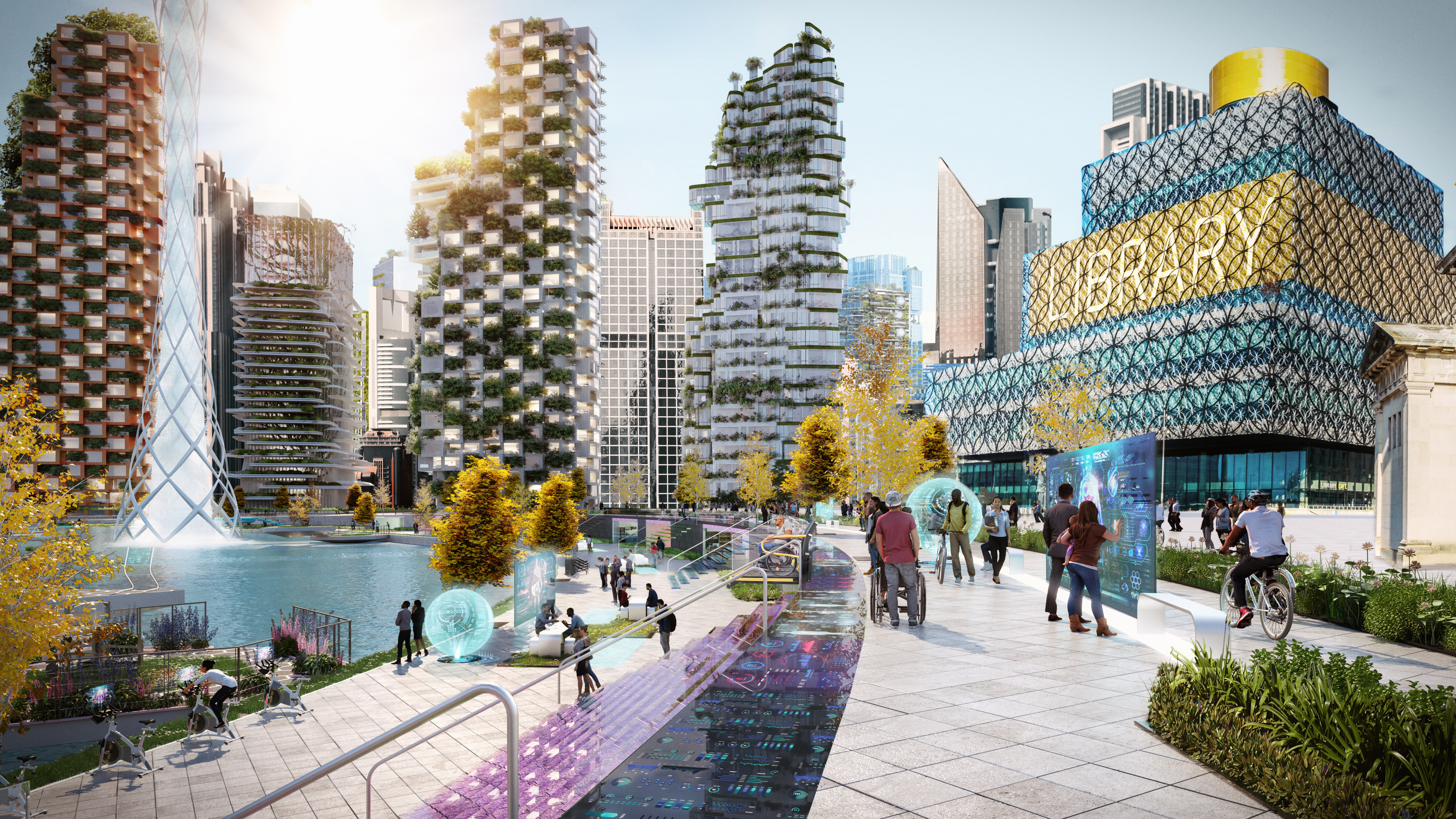 Ben and Jerry's are calling for support for a declaration by their partners The Climate Coalition, a group dedicated to action on climate change.

"The solutions portrayed in this artwork are at our fingertips, and the time to act is now" The Climate Coalition's Clara Goldsmith said.

"We need the government to invest in growing clean industries and preserve green spaces now, instead of locking in pollution for decades to come."

The PM admitted he got it wrong when he said offshore wind farms could not "pull the skin off a rice pudding" and pledged to have wind powering every home in the UK within ten years.

Addressing the Conservative Party’s virtual conference on October 5, Johnson said: “Your kettle, your washing machine, your plug-in electric vehicle — the whole lot of them will get their juice cleanly and without guilt from the breezes that blow around these islands.”

And he promised £160million investment in the North and Scotland to build new specialist turbines off the coast.

Here are the basic facts…

In other news, experts warned earlier this year that climate change is killing far more people than we realise.

These shocking photos reveal the devastating impact of climate change around the world.

And, recently released images of the Sun show it in the highest resolution ever – and it's pretty impressive.

What do you think of the team's predictions? Let us know in the comments!

Related posts:
Hot News
Even With Vaccines, Airport Testing Is Here For the Long Haul
European Shares Rise In Thin Trading
JPMorgan says emerging markets are 'under owned,' stocks could rally as much as 20%
Newsom adviser allegedly tried to 'suffocate a child with a pillow,' sheriff's office says
Covid-19 Vaccines Are ‘Liquid Gold’ to Organized Crime, Interpol Says
American Express relaunches Shop Small offer – Amex customers can get back £50
DOJ accuses Facebook of discriminating against American workers, giving high-paying jobs to H-1B visa holders
Recent Posts
This website uses cookies to improve your user experience and to provide you with advertisements that are relevant to your interests. By continuing to browse the site you are agreeing to our use of cookies.Ok