Of all the places for a Democratic candidate to put a target on the oil and gas industry’s back, Texas is a surprising choice.

At least 352,371 Texans worked for the industry as of 2018. Oil in Texas has long been synonymous with prosperity. Nor have Democrats had a particularly successful run in statewide races; Texans haven’t elected a Democrat since 1994.

Yet, the Democratic primary in what has been dubbed “the most important environmental race in the country” is turning into a microcosm of the national party’s debate over how adversarial candidates can be toward the fossil fuel industry.

The March 3 vote will determine which of four Democrats will take on one of the three commissioners on the Railroad Commission of Texas, a three-person board that has been all-Republican for decades. The agency’s name obscures its power. The commission hasn’t regulated train traffic since 2005. It does, however, oversee the fossil fuel industry, dishing out drilling permits, enforcing pipeline safety and monitoring emissions from the thousands of wells that bristle the Texas steppe.

Two top contenders have emerged in the field: establishment favorite Chrysta Castañeda, a Dallas oil and gas lawyer focused on reining in the industry’s worst pollution, and underdog Kelly Stone, an environmentalist and former professor who wants to end our reliance on oil altogether. 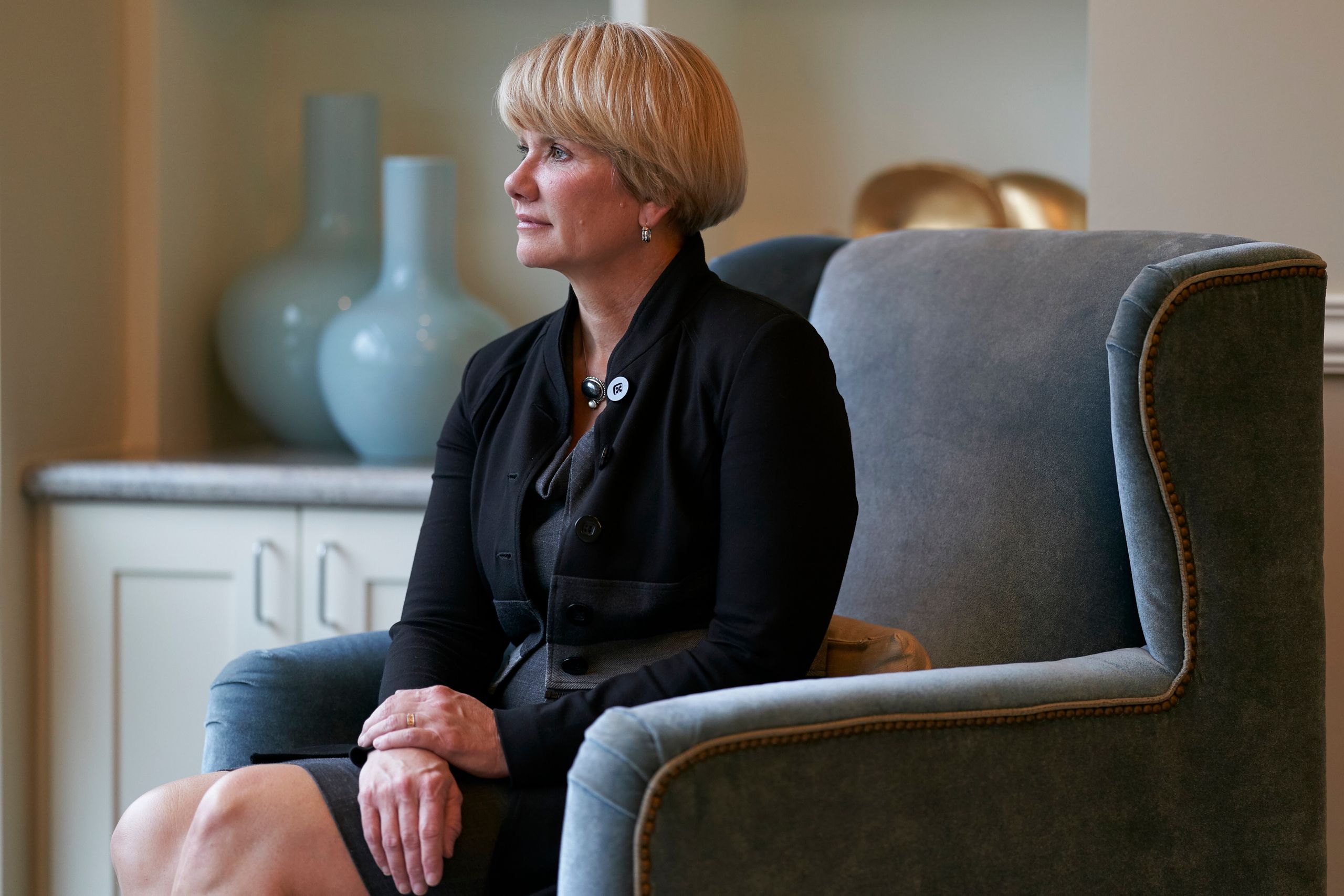 Castañeda, 57, thinks she can make a compelling case to oust incumbent Republican Ryan Sitton, who has served on the board since 2015. Her central campaign plank is a pledge to crack down on flaring, an increasingly widespread practice wherein oil drillers literally light millions of dollars’ worth of gas on fire, polluting the air and adding significantly to the industry’s planet-heating emissions.

“This is insane,” Castañeda said on a recent afternoon, recalling the moment she realized, after watching a Bloomberg New Energy Finance presentation, how big a problem flaring had become. “Why are we lighting on fire enough natural gas to power the City of Houston? It just makes zero sense.”

It may seem like a wonky concern, but the issue has been boiling toward a crisis point in Texas. A majority of voters now support forcing fossil fuel companies to pay for climate pollution, a Yale Program on Climate Change Communication poll found last fall. Drilling executives themselves lament the gratuitousness of flaring and runaway emissions.

It’s a sign, experts say, of a political shift that ranges from climate hardliners like Stone running on the Green New Deal to moderates like Castañeda vowing to stop the industry’s buck-passing.

“Climate change can be a saleable political message here,” said Brandon Rottinghaus, a professor of political science at the University of Houston. A recent uptick in flash flooding, he said, became “big wakeups for voters across the political spectrum and it’s setting off an alarm that something needs to be done.”

Castañeda thinks she can deliver that message with the right nuance and credibility to draw a broad enough coalition of Texans to win. An Army kid raised in Kansas, she attended public schools where she became a cheerleader and mathlete and got in to Harvard University. But after two years at the elite private school, she couldn’t afford to stay, so she moved home and finished her engineering degree at Kansas State University. After graduating, she moved to Texas and started designing software for the oil and gas industry. Following a stint at law school, she returned to the industry, where she ultimately spent 35 years. 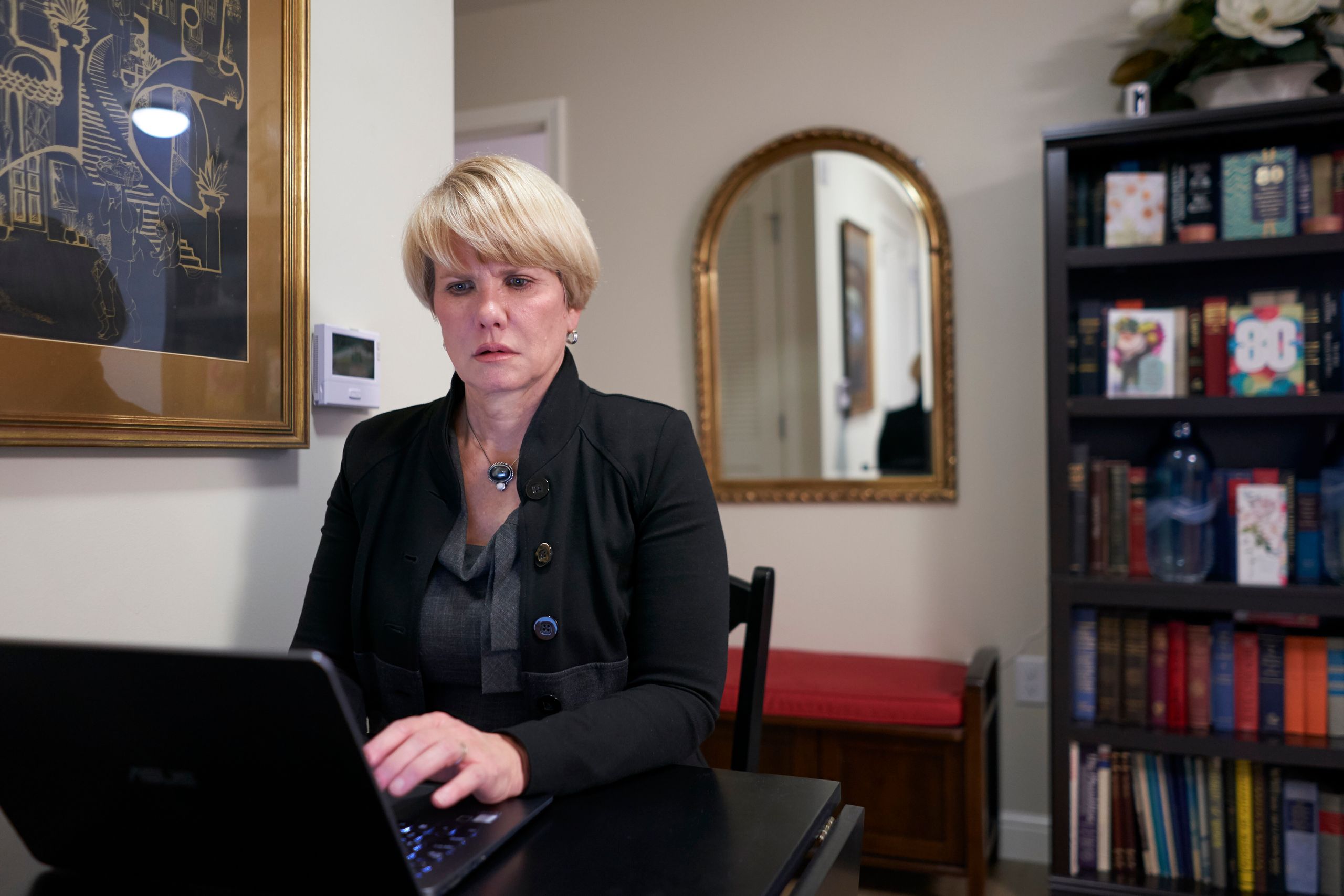 “I want to make sure that we can do what we can now,” Castañeda said. “Flaring is one of those things we can move the needle on now.”

But Stone, 41, called her a “corporatist” whose “slow” approach caters “to the speed at which the fossil fuel industry would prefer we make change.”

A liberal firebrand from the Austin suburb of San Marcos, Stone claims she was pushed out of her teaching job at Texas State University last year after students working with the right-wing group Turning Point USA complained that she was “teaching students to become advocates” in her classes on sexuality and family policy.

Now, she said, she feels “liberated” to campaign “unabashedly as a progressive,” joining a slate of congressional candidates in blue or swing districts who are running on the sweeping plan to phase out fossil fuels and guarantee displaced workers good-paying jobs known as the Green New Deal.

“At the Railroad Commission, oil and gas insiders continue to be a fox guarding the henhouse,” Stone said. “In light of the climate crisis, I can’t not speak up.”

The Railroad Commission granted nearly 7,000 permits in 2019 to flare or vent natural gas, up from 158 just 10 years ago. The practice of well operators spewing excess gas or literally lighting it on fire produces almost a quarter of the U.S. oil and gas industry’s emissions of planet-heating carbon dioxide, according to Environmental Protection Agency estimates. Texas accounted for more than half the United States’ output of flared or vented gas, U.S. Energy Information Administration figures show.

Those emission figures may be conservative. In just the Permian Basin, the expansive oil field stretching from West Texas to New Mexico, the industry underreported its actual volumes of gas flared by half, according to an Environmental Defense Fund analysis of satellite data released last year. Drillers flared upward of $1 million worth of gas per day, the Houston Chronicle estimated. That may sound like a lot of value, but gas is primarily a byproduct of drilling for oil, and ― particularly with gas prices at historic lows ― it’s cheaper to get rid of the gas than to stop pumping black gold. 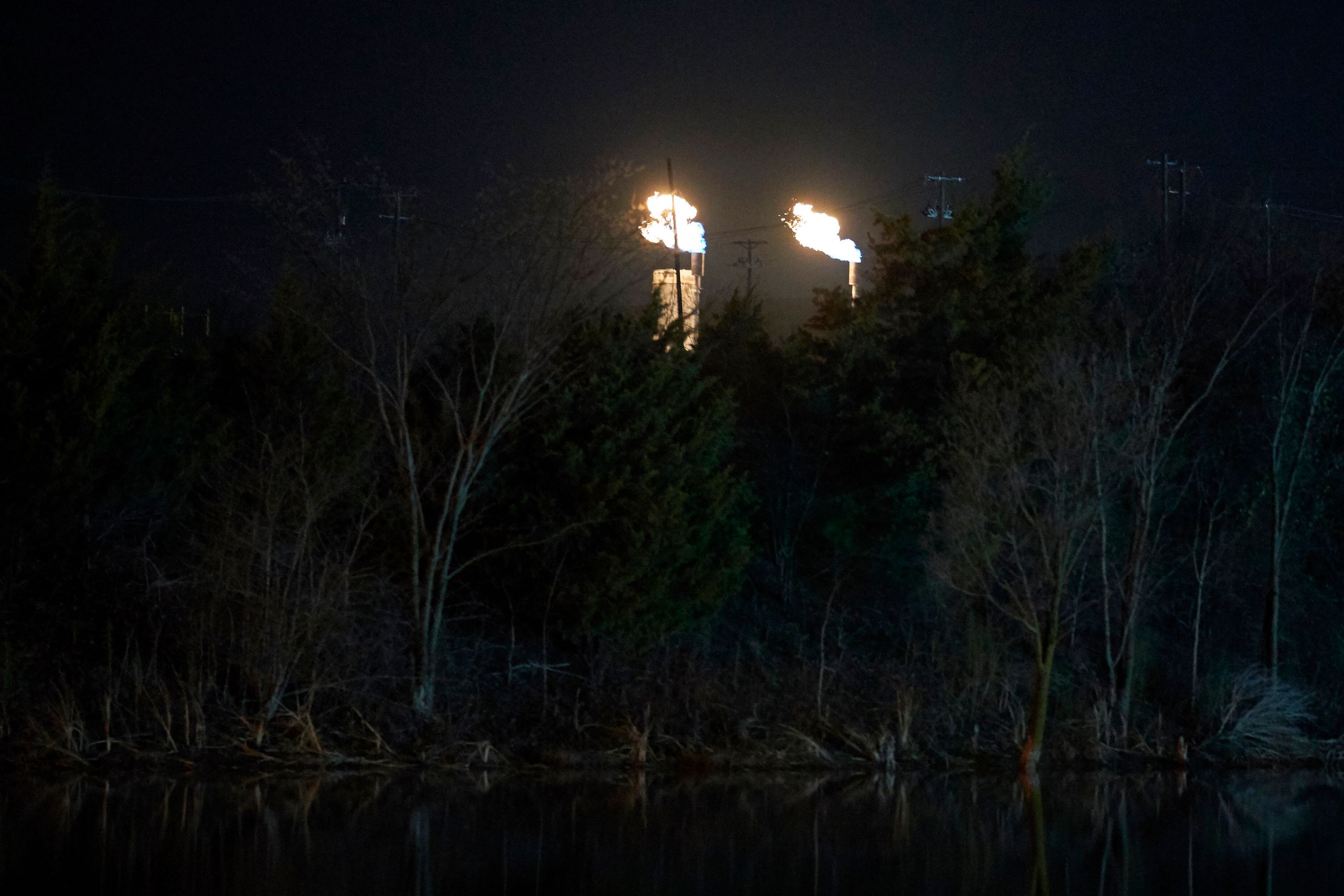 Waste for waste’s sake isn’t the only problem. At a time when United Nations scientists say the world must halve emissions over the next decade to avert catastrophic warming, and rich nations like the United States are expected to make the steepest and most aggressive cuts, the purposelessness of this specific portion of the country’s carbon footprint becomes indefensible. Flaring expels particulate matter into the air in the form of soot, which is dangerous to breathe and has been linked to long-term hypertension and short-term dizziness, migraines, sore throats and shortness of breath.

The issue has become so acute the industry itself is making a stink.

In December, pipeline giant Williams Co. sued the Railroad Commission over its decision to grant a flaring permit to Dallas-based driller Exco Operating Co. The complaint hinged on the fact that Exco’s wells were hooked up to Williams’ pipelines. Yet Exco didn’t have a contract with Williams, and instead opted to extend a flaring permit and forego the cost of paying the pipeline company for access to its conduits. Sitton vehemently defended the decision in an interview with Bloomberg TV and told The Texas Tribune that it wasn’t the commission’s job to force Exco to make a deal with Williams. Yet the first-of-its-kind lawsuit looks likely to test the limits of that authority.

Others in the industry seem more self-conscious of flaring’s excesses. At a conference in Houston this week, Parsley Energy CEO Matt Gallagher called gas flaring a “black eye” and urged the industry to slash emissions, Reuters reported. The gas executive is no eco-radical; in the same speech, he pitched a “shale new deal” as a teen-friendly alternative to the Green New Deal movement.

Tinkering Or A Revolution

Environmentalists warn that flaring is just a symptom of the much broader unsustainability of continuing to expand drilling at a point when fossil fuel extraction in the U.S. ― if the world is to meet the climate targets set by the United Nations ― should be on the decline. By 2030, the U.S. is on track to produce 60% of the world’s new oil and gas supply, an expansion four times larger than in any other country, according to a January 2019 report from scientists at more than a dozen environmental groups. The emissions associated with the build out threaten to add 1,000 coal plants’ worth of carbon dioxide to the atmosphere.

Stone said Castañeda’s focus on flaring amounted to “talking about  treating the symptoms, when we’ve got to talk about diseases.”

Stone has the endorsement of Jim Hightower, a progressive activist who served as an elected commissioner at the Texas Department of Agriculture from 1983 to 1991, and she has out-raised her opponents in small donations.

The Green New Deal is having a moment in Texas. The Sunrise Movement announced last week that it is pouring resources into three congressional primaries in the weeks ahead.

Stone hasn’t captured as much attention from national groups. She pledged to refuse any donations from oil and gas workers over $200 and her war chest totaled just over $30,000 in the last reporting cycle, so it’s difficult to see Stone’s pathway to victory in the primary, much less statewide.

In its endorsement of Castañeda, the Austin Chronicle called Stone “the most vocal champion in this primary for sustainability” but said she “doesn’t have a sufficient résumé for this post now.”

Castañeda, by contrast, picked up the Dallas Morning News’s endorsement last week in part due to her plan to tinker around the edges and start enacting the changes that can be made immediately. It’s not an alternative vision to where environmentalists say policymakers need to go to keep warming in a range that resembles the world today, she said, but rather a technocratic approach that demonstrates how Democrats can marshal even sleepy, bureaucratic positions to quickly start scaling back emissions.

She said “the industry is not a monolith” and ― after decades of inaction on climate change ― there is plenty of “low-hanging fruit.”

“The politics are changing,” she said. “But by waiting for the perfect, we’re letting all the good go by. We can move the needle now.”