Tiffany Cabán, a one-time candidate for district attorney of Queens, is endorsing a host of progressive candidates for Congress and the New York legislature, leveraging her influence to advance the left’s policy goals.

Cabán’s decision to get involved in the races reflects her conclusion that ending mass incarceration depends on creating a more equitable public health system and economy for Black and Latino communities, and low-income people of all races.

“As powerful as a DA is, they can’t do it alone,” she told HuffPost. “It’s about the larger ecosystem ― understanding that at every level of government, we need elected officials that are going to fight relentlessly for those kinds of public health infrastructure.” 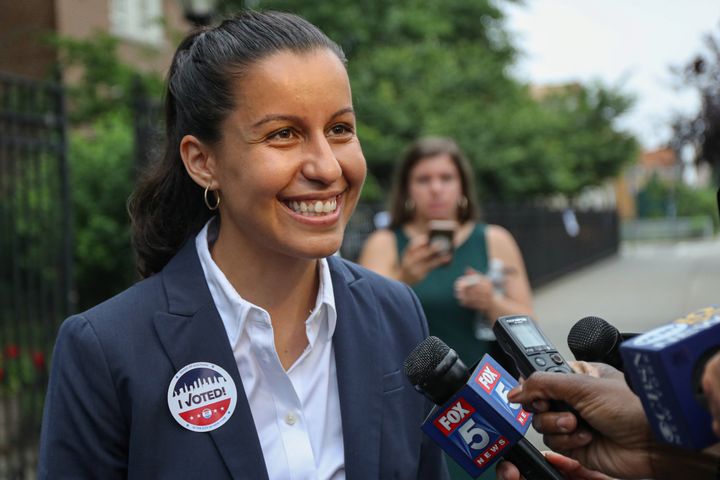 Cabán’s announcement is one of the first efforts by a prominent progressive figure to chart a path forward for the activist left after the defeats of Sens. Bernie Sanders (I-Vt.) and Elizabeth Warren (D-Mass.) in their bids for the Democratic presidential nomination.

Given the lack of control over that nominating contest at this stage, Cabán, who supported Sanders, is fighting to ensure that more progressive Democrats control the levers of power in Washington and Albany, the New York state capital.

In New York politics in particular, she wants to grow the ranks of a new progressive bloc in the legislature so it is more capable of dragging Democratic Gov. Andrew Cuomo and the Democratic majorities in both chambers further to the left ― what she calls “a majority within the majority.”

“We need a new generation of leadership within New York City and New York state,” she said. “That means it’s a leadership that’s multiracial, that’s working-class ― and even more specific than that, that it is led by people that are directly impacted.”

Cabán’s endorsements follow a significant rollback of a New York law restricting the use of cash bail. All four New York state lawmakers she is endorsing voted against the budget legislation earlier this month that gave judges greater discretion to levy cash bail on pre-trial criminal defendants.

The former public defender hopes to fortify the political standing of ideological allies who fought efforts to undo the reform.

Although to some lawmakers the rollback seemed like “minor changes in language … the result is amplified by thousands of lives,” Cabán insisted. “The rollbacks made it so that it was possible that potentially thousands more people could be detained pre-trial.”

Cabán’s impact, however, is likely to be greatest for the three candidates who are new challengers, rather than progressive incumbents: Bowman, Lopez and Mamdani.

Bowman, a middle school principal, is seeking to unseat Rep. Eliot Engel, a foreign policy hawk who has represented parts of the Bronx and Westchester County since 1989. Since the onset of the coronavirus pandemic, Bowman has used video livestreams to try to outmaneuver a less tech-savvy Engel.

Mamdani, a housing counselor in northwest Queens, is running to replace veteran Assemblywoman Aravella Simotas. Simotas has hewed further to the left in recent years, but Mamdani, who supports the decriminalization of sex work and drug possession, hails from deep in the heart of the nascent activist community that propelled Cabán’s bid.

And Lopez, a housing advocate and co-founder of the group Bronx Progressives, is the emerging left-wing favorite in a crowded open primary to represent a Bronx House seat that opened up when Rep. José Serrano announced plans to retire last May. Like Bowman, she also has the endorsement of the Working Families Party, which remains influential in New York state politics.

Cabán vowed to use her public platform to generate the attention needed for the candidates to raise money and develop greater traction in the two months before New York’s June 23 Democratic primaries. She plans to phone-bank for the candidates and, once public health conditions permit, canvass and appear at other events in person on their behalf.