Top Fortescue executives step down amid $3b Iron Bridge mine review

Mining giant Fortescue Metals Group has announced the departure of one of its most senior executives, chief operating officer Greg Lilleyman, amid a review into cost blow-outs at the company’s problem-plagued, $3 billion Iron Bridge magnetite project in Western Australia.

Fortescue notified the ASX on Tuesday afternoon that Mr Lilleyman along with projects director Don Hyma and Iron Bridge director Manie McDonald had all resigned from the business. 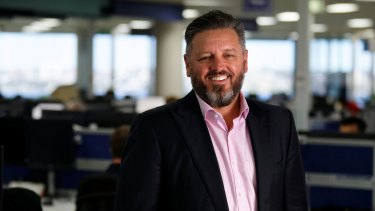 Commenting on the leadership changes, Fortescue chief executive Elizabeth Gaines said the company’s commitment to its values and culture was its highest priority.

“What we’ve learned through our review of the Iron Bridge project to date, is that we have lost sight of that critical focus,” she said.

“Since Fortescue was established, our values, above all else, have driven our behaviours and our decisions. Today, it is that culture and our values which have come to the fore as we announce these difficult changes.”

The Andrew “Twiggy” Forrest-backed Fortescue has been reviewing the costs and timetables for its $US2.6 billion ($3.3 billion) Iron Bridge development, one of its top growth projects.

Iron Bridge is a joint venture between Fortescue, Taiwan’s Formosa and China’s Baosteel, and had been expected to begin production as early as next year.

Fortescue is expected to inform shareholders about what its review had uncovered about the high-grade Iron Bridge project when it reports its half-year financial results this week. 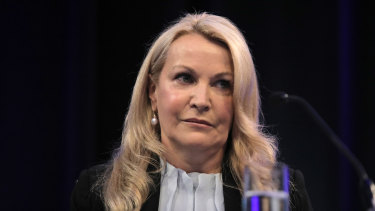 On a conference call on Tuesday, Ms Gaines said the executive departures were not related to inappropriate financial or workplace conduct. Rather, there had been a breakdown between Iron Bridge’s leadership team and the board.

Ms Gaines said she and her chief financial officer, Ian Wells, would forgo their annual bonuses as a result. “As CEO I must also take accountability and learn from this,” she said.

Fortescue’s board said it still considered Iron Bridge to be an “excellent project”.

The miner’s shares fell as much 6.3 per cent on Thursday before closing down 3 per cent. Shares in Fortescue, BHP and Rio Tinto have recently risen to all-time highs after a stunning rally in the price of iron ore Australia’s biggest export, on the back of record-breaking steel output in China.