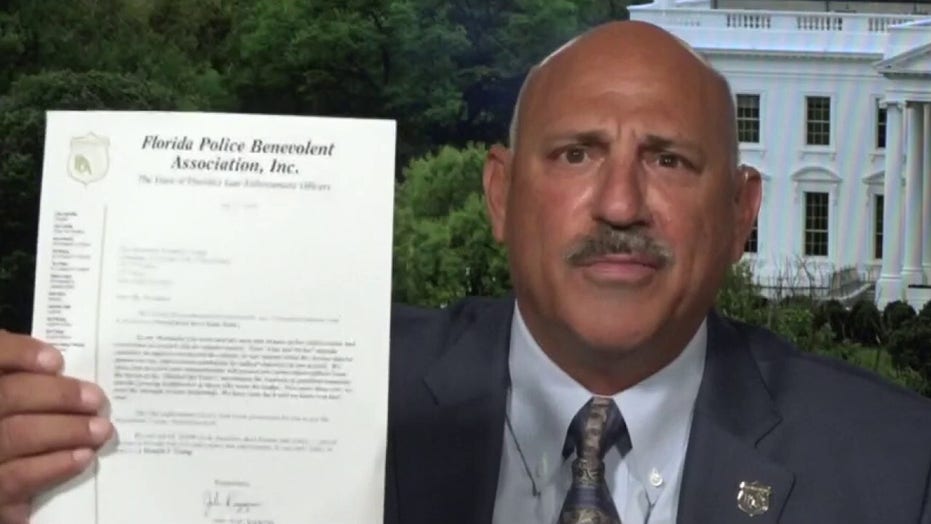 The Florida PBA makes its first endorsement in eight years; PBA President John Kazanjian explains ahead of his meeting with the president.

President Trump doubled down Friday on his warnings surrounding expanded mail-in ballots, declaring November will bring the “greatest election disaster in history” a day after he controversially suggested delaying the vote.

“They think they’re going to send hundreds of millions of ballots all over the United States and it’s gonna come out,” he told reporters at the White House following a meeting with members from the National Association of Police Organizations. “You won’t know the election result for week months, maybe years after. Maybe you’ll never know the election result. That’s what I’m concerned with – it’ll be fixed. It’ll be rigged. People oughta get smart.”

He suggested people vote in person or submit absentee ballots.

"This is going to be the greatest election disaster in history," he continued on Friday. "And by the way, you guys like to talk to about Russia and China and other places? They'll be able to forge ballots, they'll forge them. They'll do whatever they have to do." 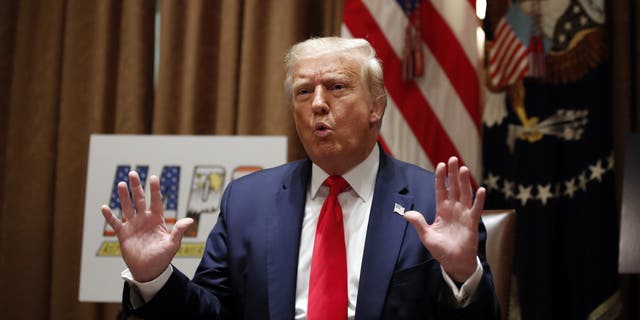 President Donald Trump speaks during a meeting with leaders of some of the national law enforcement organizations in the Cabinet Room of the White House, on July 31, 2020, in Washington. (AP Photo/Alex Brandon)

The president has repeatedly raised concerns involving broad mail-in voting, which is expected to be more widely used in the November election out of concern for safety given the COVID-19 pandemic. Republicans have drawn a distinction with standard absentee ballots given the process in place to obtain one.

But on Thursday, Trump caused a firestorm when he floated the idea of delaying the election until it could be conducted in person. Trump has no authority to do so, as the Constitution gives Congress the power to set the date for elections, and even Republicans pushed back at the suggestion.

At Thursday's White House briefing, Trump claiming universal mail-in balloting could delay the election results for weeks or even months after Election Day.

"You're sending out hundreds of millions of universal mail-in ballots. Hundreds of millions. Where are they going? Who are they being sent to? It's common sense," Trump said. "I want an election, and a result, much more than you. I think we're doing very well. … I don't want to see a rigged election."

On Friday, he insisted he wants the election to take place, and even said, "I wish we'd move it up, okay?"

Earlier this month, NAPO endorsed Trump for president, after endorsing then-Vice President Joe Biden in both the 2008 and 2012 elections.

In announcing NAPO's support for Trump, President Michael McHale wrote Trump's support is necessary “during this time of unfair and inaccurate opprobrium being directed at our members by so many.”

“We particularly value your directing the Attorney General to aggressively prosecute those who attack our officers,” McHale wrote in the letter.

The Associated Press and Fox News' Gregg Re and Morgan Phillips contributed to this report.