Trump notches string of peace deals: What to know 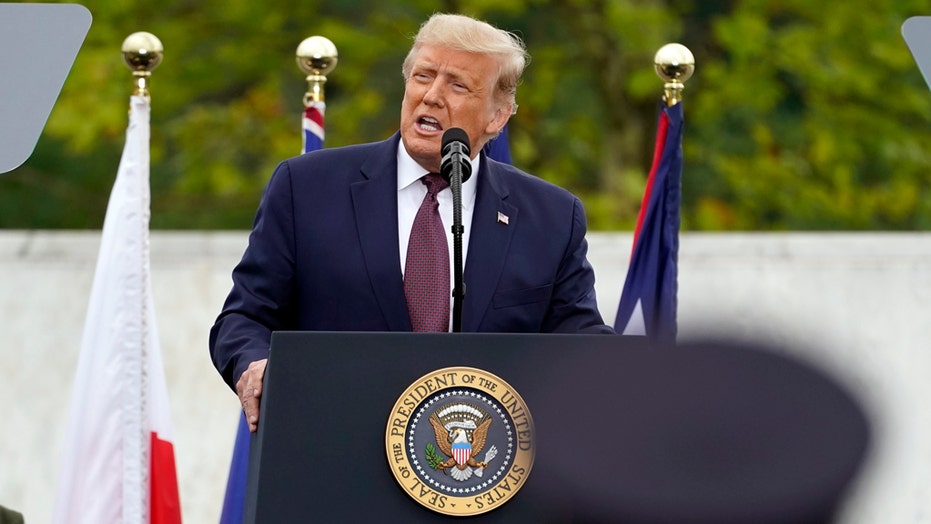 In the waning weeks before the 2020 election, the Trump administration has brokered a number of historic peace deals in the Middle East.

Here's what to know about the deals: 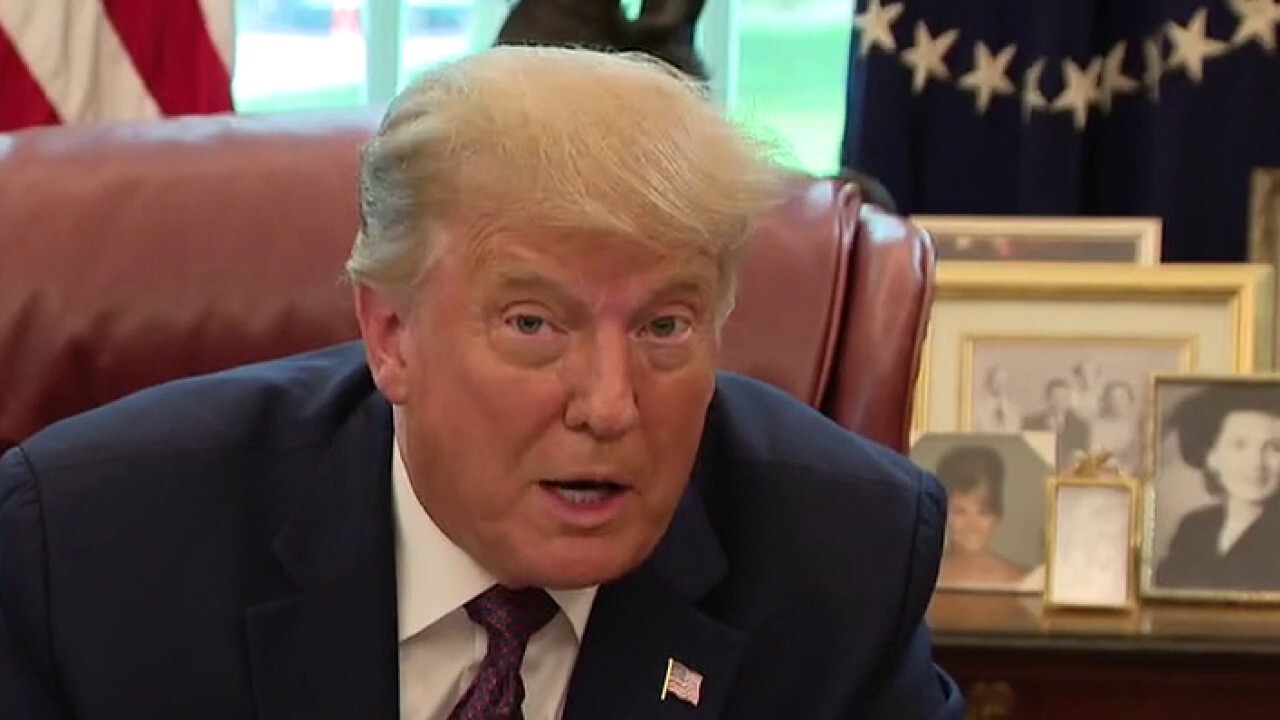 On Friday, Trump announced the second Arab nation to normalize relations with Israel within a month.

According to a formal statement issued by the three countries, they agreed to "the establishment of full diplomatic relations between Israel and the Kingdom of Bahrain."

The statement said that Israel had affirmed that all Muslims may visit and pray at the Al Aqsa Mosque, and Jerusalem’s other holy sites will remain open for peaceful worshippers of all faiths.

The agreement makes Bahrain the fourth Arab country, after Egypt, Jordan and the UAE, to have full diplomatic ties with Israel. Other Arab nations believed to be in the running for also recognizing Israel include Oman and Sudan.

Palestinian leaders have urged Arab nations to withhold recognition of Israel until they have secured an independent state. The Palestinians have seen a steady erosion in once-unified Arab support — one of the few cards they still held as leverage against Israel — since Trump began pursuing an unabashedly pro-Israel agenda. 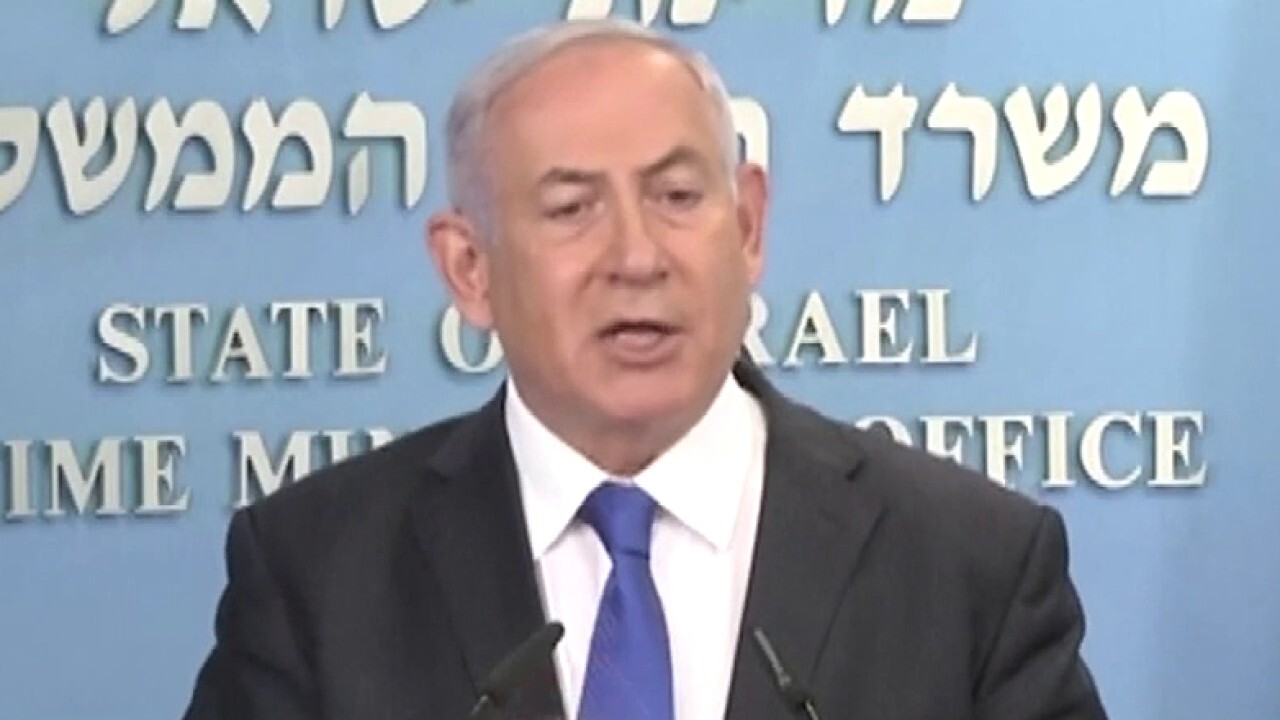 In August, Israel and the United Arab Emirates agreed to “full normalization of relations.” The president, Israeli Prime Minister Benjamin Netanyahu and Crown Prince of Abu Dhabi and Deputy Supreme Commander of the United Arab Emirates Sheikh Mohammed Bin Zayed released a joint statement after the three leaders spoke saying that the “diplomatic breakthrough” was at “the request of President Trump.”

As part of the deal, Israel will  “suspend declaring sovereignty over areas outlined in the President’s Vision for Peace and focus its efforts on expanding ties with other countries in the Arab and Muslim world.”

The deal calls for broader cooperation between the two nations on trade, travel, tourism and other areas.

The two nations did not come to conclusion on tensions between Israel and Palestine, but promise to continue their efforts to “achieve a just, comprehensive and enduring resolution to the Israeli-Palestinian conflict.”

Iran and Turkey slammed the UAE for the agreement, framing it as an act of betrayal against Palestinians and Muslims.

Some felt the Israel-UAE agreement was nothing but a useless formality.

“Let’s be clear,” said Daniel Serwer, director of the conflict management program Johns Hopkins School of Advanced International Studies and a non-resident scholar at the Middle East Institute. “The agreement between the UAE and Israel does nothing to bring peace to the Middle East. Israel and the Emirates aren’t at war.”

Earlier this month Trump oversaw the signing of an agreement between Serbia and Kosovo that includes Kosovo recognizing Israel, and Serbia agreeing to move its embassy to Jerusalem.

Until now, Kosovo, a mainly Muslim country, had not recognized Israel.

The Belgrade-Pristina deal was signed by their two leaders –­ Serbian President Aleksandar Vucic and Kosovo's Prime Minister Avdullah Hoti –­ in front of Trump in the Oval Office.

Kosovo unilaterally declared independence from Serbia in 2008, nine years after NATO conducted an airstrike campaign against Serbia in a bid to end the persecution of ethnic Albanians in Kosovo. Serbia has since refused to recognize Kosovo as an independent state.

The European Union facilitated the start of warmer relations between the two countries in 2013 under the Brussels Agreement. But the 2020 U.S.-mediated peace talks brought agreement on air, train and road traffic and normalization of economic relations.

While most Western nations have recognized Kosovo’s independence, Serbia, Russia and China have not — keeping tensions high in the Balkan region.

Serbia's Vucic praised Trump's role in brokering the deal: "We haven’t resolved all our problems, but this is a huge step forward."

For his Israel-UAE peace deal, President Trump was nominated for the Nobel Peace Prize by Norwegian politician Christian Tybring-Gjedde.

“For his merit, I think he has done more trying to create peace between nations than most other Peace Prize nominees,” Tybring-Gjedde, a four-term member of Parliament who also serves as chairman of the Norwegian delegation to the NATO Parliamentary Assembly, told Fox News in an exclusive interview.

Tybring-Gjedde, a right-wing politician, nominated Trump for the prize before in 2018, then for his efforts between North and South Korea.

The U.S. government was nominated for the prize again Friday, jointly with Serbia and Kosovo.

"I have nominated the U.S. [government] and the governments of Kosovo and Serbia for the Nobel Peace Prize for their joint work for peace and economic development, through the cooperation agreement signed in the White House," Magnus Jacobsson, a member of the Swedish Parliament, wrote on Twitter.

There are 318 candidates for the prize and the winner has not been announced.