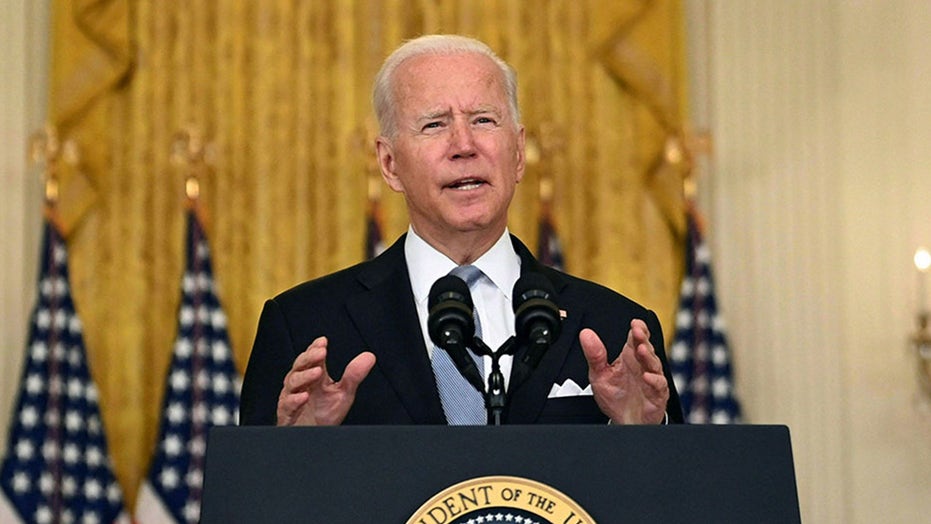 In media news today, a CIA analyst bashes MSNBC for supporting Biden’s Afghanistan speech, CNN’s Chris Cuomo addresses his brother’s resignation and defends his conduct as an anchor, and media pundits slam Biden for immediately returning to Camp David after his Afghanistan address

Twitter continues to face pressure over its decision to allow the Taliban to use its platform while maintaining its ban of former President Donald Trump and censoring other right-leaning American accounts.

A spokesman for the radical Islamist group that has seized control of Afghanistan, Zabihullah Mujahid, has been using the platform to give updates about the group’s advance.

Mujahid’s account is not verified but has nearly 280,000 followers and is regularly cited by major news outlets. He recently tweeted an update on “military units” entering Kabul and wrote that their “advance is continuing normally.” On Tuesday, he used Twitter to announce a press conference that afternoon, and Twitter also allowed him to post warnings and statements as Kabul fell to the radical group.

“The situation in Afghanistan is rapidly evolving,” a Twitter spokesperson told Fox News. “We’re also witnessing people in the country using Twitter to seek help and assistance. Twitter’s top priority is keeping people safe, and we remain vigilant.  We will continue to proactively enforce our rules and review content that may violate Twitter Rules, specifically  policies against glorification of violence and platform manipulation and spam.”

Trump was permanently suspended from Twitter in January for what the Big Tech giant called incitement of violence surrounding the Capitol riot. CNN reporter Donie O’Sullivan, whose outlet was supportive of Trump’s ban, tweeted Tuesday, “The former President of the United States is banned from Twitter but the Taliban is not.”

“Whether you agree with deplatforming or not, there’s clearly some big holes in the company’s policy,” he added.

International observers have condemned the Taliban for its violent subjugation of the Afghan people, particularly women, as reports of executions, rapes, forced marriages, and terror alarm the world.

The Trump camp doesn’t have confidence, even with mainstream media criticism of the inconsistent bans and suspensions, that Twitter or other Big Tech outlets will reassess how they make such weighty calls.

“They’ve let the leaders of Iran, the CCP, all of our enemies tweet unabated. They view patriotic Americans as a greater threat,” a source close to Trump told Fox News. “They are out of control, dot not believe in the First Amendment, and that is why President Trump is suing them to defend our fundamental rights as a republic.” 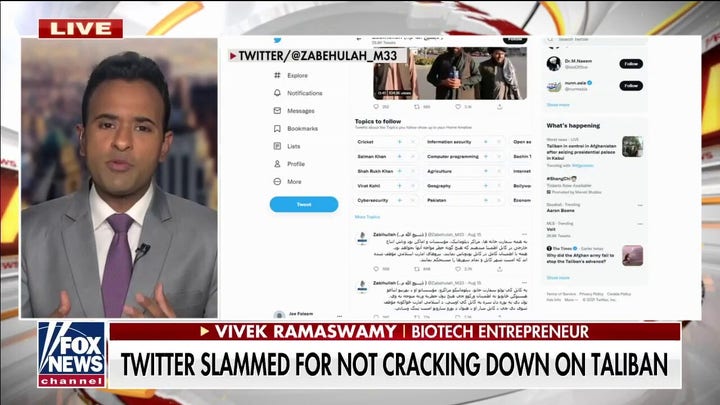 “The discussion about their terms of use or their terms of service really is just a smokescreen for being able to do whatever allows them to aggregate the most power on a given day, and the fact that they are now advancing the Taliban’s ability to stage a coup while the 45th President of the United States cannot access the same platform says how far we’ve come since 20 years ago,” he said.

The Babylon Bee ribbed Twitter over the situation with an article headlined, “Trump Sneaks Back On Twitter By Disguising Self As Taliban Spokesperson.”

Yet in June, a ProPublica story about a secret trove of Internal Revenue Service data on some of the world’s wealthiest people was allowed to be freely shared on Twitter, despite it involving personal information that was almost assuredly leaked illegally. ProPublica published the story as President Joe Biden and Congress considered hiking taxes on the wealthy.