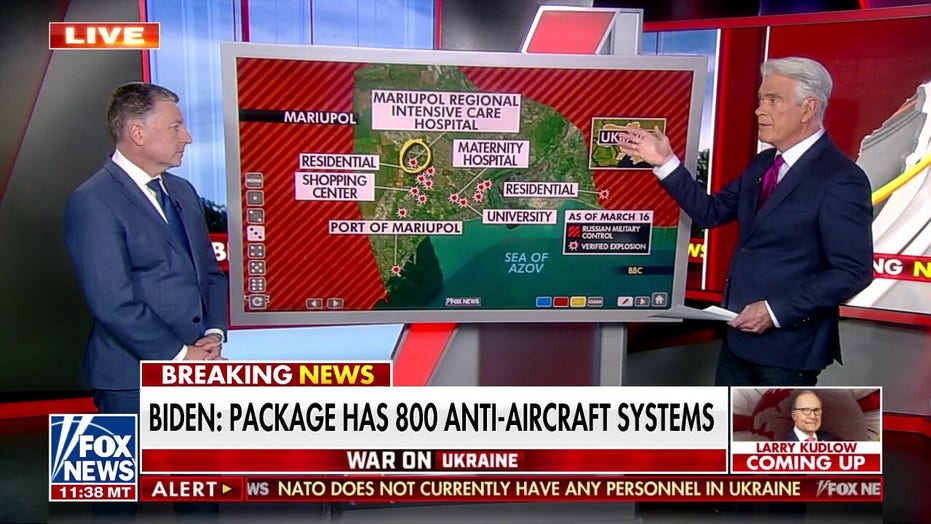 Putin to be held accountable for ‘deliberate targeting’ of civilians in Ukraine: Amb. Kurt Volker

Former U.S. special representative to Ukraine discusses President Zelenskyy’s push for more jets and a no-fly zone from the U.S. on ‘America Reports.’

A private Ukraine zookeeper located outside Kyiv fears he will lose every animal under his care to starvation and cold if relief doesn’t come soon.

Mykhailo Pinchuk, owner and founder of the “XII (12) Months” zoo in the village of Demydiv, told Fox News Digital he and the small staff still left are “desperate” to get either safe passage or livable conditions for the roughly 350 animals that include giraffes, hippos, tigers, lions, and chimpanzees. In the meantime, he’s seeking a “green” humanitarian corridor to bring in badly needed food as well as fuel to keep the animals warm. They have been essentially cut off since the second day of the Russian invasion that began Feb. 24.

“[I’m trying] to draw the attention and somehow persuade the [Russian] troops, their commanders, their politicians, that animals are innocent creatures and these are the lives we have and must save, and they have nothing to do with that war,” Pinchuk told Fox News Digital.

“I really hope they will not die like this,” he added.

There is very little food left for the animals, who are being fed far under their usual daily rations. And with Russians encircling Kyiv, the only way out, Pinchuk said, would be to drive north to the hottest combat areas. So far, he has only been able to get scant Red Cross food rations in for him and his remaining seven staff members at the roughly 40-acre complex.

“To sum up, we see that the only way out for us is they allow us in, we bring in diesel and food for large animals, and then we can take some smaller ones out, and maybe we will be able to preserve the collection,” he said. “Other than this, it is a question of death of hunger and cold, and it is coming pretty soon, I know that.” 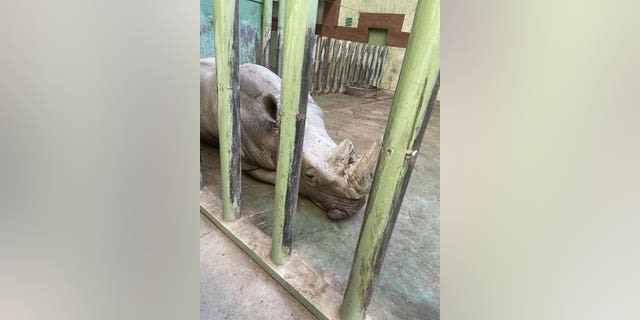 Russian President Vladimir Putin has shown little regard for human life with the invasion of Ukraine that has killed thousands on both sides of the conflict, including hundreds of Ukrainian civilians. But he is known for his fondness for animals; he owns numerous dogs and has been photographed with wild animals like dolphins, cranes, and polar bears. The Washington Post even called him a “renowned animal lover” in 2014.

“While the Russian president may be a former KGB agent and expert in martial arts with a reputation as a fierce political leader, he has frequently shown his softer side around animals,” the Post reported at the time.

Pinchuk, who left his job in commercial real estate to bring his dream of running a zoo to life six years ago, will bring his message to anyone who will listen. Even getting a band of orangutans out of the zoo since the war started was akin to a “military operation” and a “nightmare,” Pinchuk said, although his wife was able to successfully transport them to another zoo.

“We are crying, we’re shouting, we’re doing whatever we can to draw attention that I at least go there with some food and fuel to warm them up and feed them, and the smallest animals I can take to a different zoo,” he said.

“You cannot transport a rhino by a broken bridge,” he added, noting Ukrainian forces have destroyed bridges in an effort to stall the Russian advance. 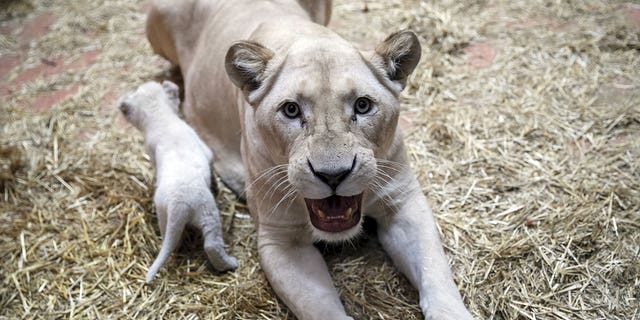 A white lioness and one of her three cubs are seen in a private zoo called "12 Months" in the town of Demydiv, Ukraine, January 13, 2016.
(REUTERS/Gleb Garanich)

So far, Pinchuk said the zoo has only lost a “few” animals, all due to panic over the shelling and bombing from Russian forces, including one monkey. The remaining ones are often unsettled by the explosions, and a staff that’s one-tenth its usual size is left to keep the animals as calm and fed as possible.

“When our rhino hears all these bombs, he starts running around the cage,” Pinchuk said, recounting how he pierced a water-carrying device with his horn.

His zoo has made international news before when wire service Reuters featured his and the animals’ struggles at the outset of the coronavirus pandemic.

The enemy this time is much more visible.

“Dying of cold and hunger is not a better thing than dying from missiles,” Pinchuk said.