US Air Force bombers are on an 'historic' mission to Norway to let allies know they'll be 'on target, first time'

Four US Air Force B-1B bombers arrived at Ørland Air Station in central Norway on February 22 for what officials say is a “historic” deployment meant to familiarize US airmen with new terrain.

While US bombers regularly train with Norwegian aircraft, they usually fly out of another major base in the region.

“This is the first time that we are generating flights in partnership with our close ally, Norway, as well as operating from Norwegian soil,” Lt. Gen. Steven Basham, deputy commander of US Air Forces in Europe and Africa, told reporters Friday. 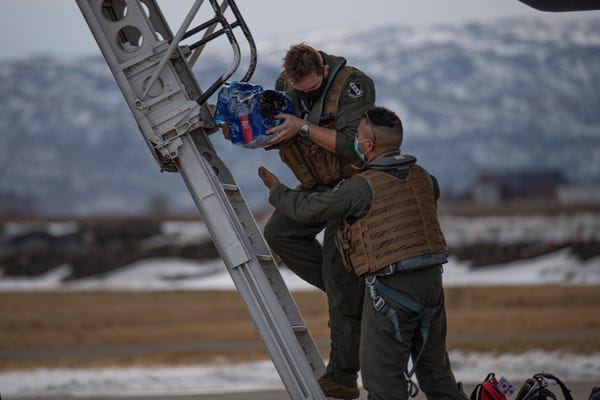 “Under our newest concept of Agile Combat Employment, we have got to maintain the level of agility and flexibility to operate from many different places,” Basham added, referring to an operational concept in which aircraft and airmen train to deploy from main “hub” bases to a variety of “spoke” airfields.

Operating from Norway is also a chance to acclimate to a colder environment — a concern more for airmen than aircraft, Basham said — and to train more with their Norwegian counterparts.

The location allows “integrating probably a little bit more often than we might from other locations with their fighters [and] their navy,” Basham added. “Being on the ground with them before we operate and after we operate also creates a unique opportunity to learn.”

Lt. Gen. Yngve Odlo, chief of the Norwegian Joint Headquarters, which oversees the country’s military operations, said the deployment is “an important part” of ensuring the US and Norway can work together in that region and its conditions.

US bombers are “a strategic asset, and it is highly important to both of us … to be able to have the right processes” to use them, “if needed,” Odlo said. 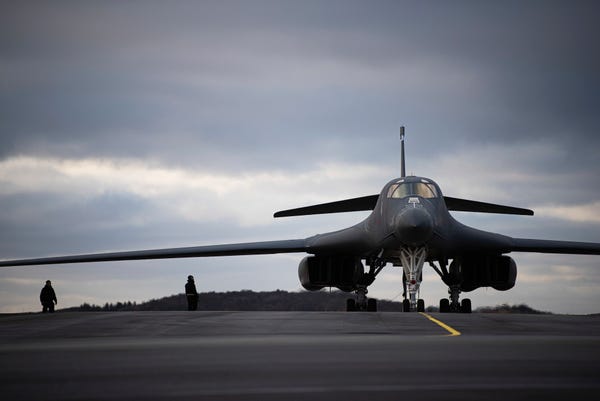 The B-1Bs in Norway flew their first Bomber Task Force mission on February 26, conducting “tactical integration” with a Norwegian F-35 and naval assets over the Norwegian Sea. (An initial press release said they trained in the eastern Barents Sea, much closer to Russia, but a spokesperson told Insider that was “a brief miscommunication.”)

In early March, two B-1Bs trained with Danish, Polish, Italian, and German fighters over the Baltic Sea and flew over the capitals of Estonia, Latvia, and Lithuania — “a testament to the unmatched strength and capability of the NATO alliance,” said Gen. Jeff Harrigian, commander of US Air Forces in Europe and Africa.

The US bomber crews’ training will also include working with joint terminal air controllers and special-operations forces to drop inert munitions, which “allows that sensor on the ground to connect with the shooter, and in this case the bombers, to be able to practice dropping weapons in different environments,” Basham said.

“I can tell you, as a B-1 pilot, that not all terrain looks the same,” Basham added. “It has a different look on radar, and working with different individuals, there are always the unique challenges of accent or just the ability to make sure that we understand exactly what we’re doing.”

The deployment has several weeks left, and the training doing is important not only for US airmen but also as a signal to allies, Basham said.

“The one thing you’re always thinking about if you’re ever required to employ in a location such as this … you typically don’t get a first chance to practice and then a second chance to succeed,” Basham said. “That’s why it’s so important to exercise every aspect of, in this particular case, what our B-1s can do, and certainly not just with Norway but many other countries so that if ever called upon, our allies are assured that we will be on target, first time.” 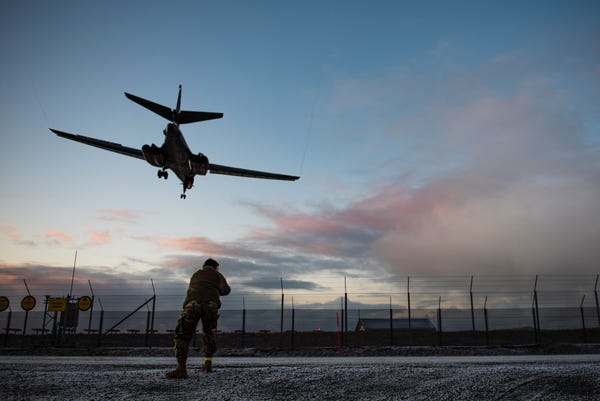 Broader tensions between NATO and Russia, heightened after Moscow’s 2014 seizure of Crimea, loom over the bomber deployment.

Norway is NATO’s northernmost European member, and its border with Russia is adjacent to sensitive Russian military installations in the Arctic, where both NATO and Russia are more active. Norway also looks over important sea lanes through which Russian warships must pass to reach the Atlantic Ocean.

On Friday, Odlo and Basham stressed that the deployment was normal military activity.

There are always “some reverberations from the political side of the house,” when Norway invites “close allies” to operate there, “which is normal,” Odlo said.

“There is no doubt that Russia probably looks at this as just what they would do,” Basham said. “As you’re looking to continue to improve your readiness, you want to make sure that you’re pushing to the limits of your capability.”

Basham reiterated that the deployment shouldn’t be seen as a threat but said it was a reflection of US capabilities.

“If someone were to take a message that you’re not restricted to one particular location, that would be a good message for them to perceive,” Basham said.