US hands Russia written response to demands, says up to Kremlin how to proceed

Secretary of State Antony Blinken announced Wednesday that the United States has delivered written responses to demands made by Russia, saying it will be up to the Kremlin on how they want to proceed amid heightening tensions between Moscow and Ukraine.

Russia had issued a list of demands in December, including a promise to not admit Ukraine as a member of NATO and to withdraw troops from the region even as Russia continued to amass troops near the Ukraine border, increasing fears that Moscow will order an invasion of its neighbor.

Blinken, on Wednesday, said that U.S. Ambassador to the Russian Federation John Sullivan hand-delivered the Biden administration’s written responses to the Russian Ministry of Foreign Affairs in Moscow.

Blinken said the administration is not releasing the document publicly because “we think that diplomacy has the best chance to succeed if we provide space for confidential talks.” 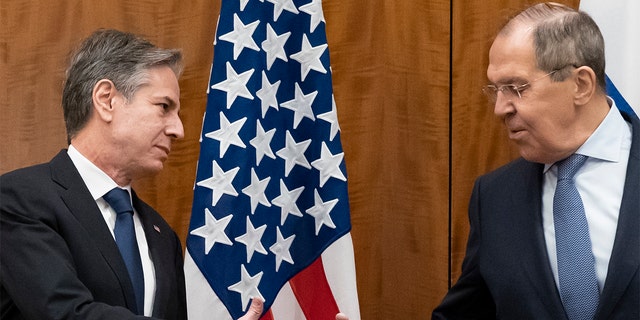 “All told, it sets out a serious diplomatic path forward should Russia choose it,” Blinken said Wednesday, including a “principled, pragmatic evaluation” of the concerns that Russia has raised.

Blinken said the document makes “clear” that there are “core principles” the United States is committed to defending, “including Ukraine’s sovereignty and territorial integrity and the right of states to choose their own security arrangements and alliances.”

“We’ve addressed the possibility of reciprocal transparency measures regarding force posture in Ukraine, as well as measures to increase confidence regarding military exercises and maneuvers in Europe,” he said, adding that the document also address “areas where we see potential for progress, including arms control related to missiles in Europe, our interest to follow on an agreement ot the new START treaty that covers all nuclear weapons, and ways to increase transparency and stability.”

“We put these ideas forward because they have the potential, if negotiated in good faith, to enhance our security and that of our allies and partners while also addressing Russia’s stated concerns through reciprocal commitments,” Blinken said. “We’re open to dialogue. We prefer diplomacy, and we’re prepared to move forward where there is the possibility of communication, cooperation, if Russia de-escalates its aggression toward Ukraine, stops the inflammatory rhetoric, and approaches discussions about the future of security in Europe in a spirit of reciprocity.”

Blinken said U.S. responses were “fully coordinated with Ukraine and our European allies and partners with whom we’ve been consulting continuously for weeks.”

“We sought their input and incorporated into the final version delivered to Moscow,” he said, adding that NATO developed and will deliver to Moscow its own paper with “ideas and concerns about collective security in Europe.”

“That paper fully reinforces ours and vice versa,” he said. “There’s no daylight among the United States and our allies and partners on these matters.”

Blinken said the State Department shared responses with Congress, and said he will be briefing congressional leaders on the responses Wednesday afternoon to consult with them on the administration’s “approach.”

“As you know, there’s strong bipartisan interest and deep expertise on the Hill when it comes to Ukraine and Russia, and we very much appreciate having Congress as a partner as we move forward,” Blinken said.

Blinken said he expects to speak with Russian Foreign Minister Sergei Lavrov in the coming days after Moscow has “had a chance to read the paper and is ready to discuss next steps.” 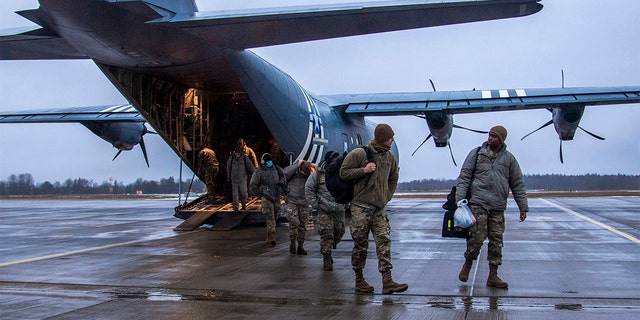 “There should be no doubt about our seriousness of purpose when it comes to diplomacy and we’re acting with equal focus and force to bolster Ukraine’s defenses and prepare a swift, united response to further Russian aggression,” Blinken said.

Blinken said that the actions from the Biden administration over the past week “have sharpened the choice facing Russia.”

“Should Russia choose further aggression, we step forward with more support for Ukraine’s security and economy,” Blinken said. “And we and our allies and partners are united across the board.”

He added: “It remains up to Russia to decide how to respond. We are ready either way.”

As for Americans in Ukraine, an official said that they should “strongly consider leaving the country using commercial or privately available transportation options,” noting that the U.S. Embassy in Kyiv is there to help “if they need it.”

The State Department on Sunday ordered the evacuation of American citizens in Ukraine. Officials also ordered family members of employees at the United States Embassy in Kyiv to leave the country. The decision came after the U.K.‘s Foreign, Commonwealth & Development Office announced on Saturday that it had information suggesting that the Russian government is plotting to install a pro-Kremlin leader in Kyiv.

The arrival of those jets also come as President Biden is weighing whether to deploy thousands of U.S. troops to Eastern Europe to bolster a broader NATO effort to protect allied countries bordering Russia and Ukraine.

Biden administration officials told Fox News on Tuesday that they are also preparing “severe” sanctions against Russia should it invade Ukraine, which would have an “immediate and visible effect on the day they are implemented.”

“That means the gradualism of the past is out, and this time, we will start at the top of the escalation ladder and stay there,” a senior administration official said. “We’ve made efforts to signal this intention very clearly, and I would say, a deepening selloff in Russian markets, its borrowing costs, the value of its currency market, imply default risk, reflect the severity of the economy consequences we can and will impose on the Russian economy in the event of a further invasion.”