User-car unicorn Cazoo may go public via a SPAC. We spoke to its multimillionaire founder Alex Chesterman, who IPO'd one business and sold another to Amazon.

Serial entrepreneur Alex Chesterman could be in line for yet another major exit.

Cazoo, a used-car marketplace, which reached a $2 billion valuation after less than two years of operation, is in talks to go public via a SPAC, according to Sky News. The company would have a mooted valuation of around $6 billion in another coup for one of Europe’s most famous entrepreneurs.

Chesterman is behind successes including film streaming site LoveFilm; property aggregator Zoopla; and is now the CEO of Cazoo. LoveFilm sold to Amazon, while Zoopla went public after tapping into the British obsession with house prices.

A Cazoo spokesman told Insider on Monday that the firm had sold almost 20,000 cars through its platform to date, adding: “As one of the UK’s fastest growing businesses, with revenues of over £200 million since launch, it is not surprising that there is speculation around whether or when we might IPO but we do not comment on speculation and should we have an announcement to make on this or any other matter we shall do so at the appropriate time.”

We spoke to Chesterman about his success. The interview was originally published in October 2020. Read on for his thoughts on fundraising through adversity and the changing European tech ecosystem.

Alex Chesterman built Zoopla out of the financial crisis

COVID-19 is a black swan event that risks tanking startups, but some founders see echoes in previous adversity.

“Our first funding round came as Lehman Brothers collapsed,” recalls Chesterman of his funding round for Zoopla. “It was the worst time for anyone to raise funds, let alone for a property business.”

Getting that market online and then strategically buying up all but a few competitors led to near total dominance of the property classifieds market which previously existed primarily in print.  The business floated in 2014, before being taken private by Silver Lake.

“We wouldn’t have built the business we did if it wasn’t for the financial crisis,” Chesterman continues. “Everyone else was running to the exit which meant we could run to acquisitions.”

His current project, Cazoo, is a used car marketplace which recently surpassed a valuation of $2 billion.

“It’s a similar situation to 2008,” the entrepreneur says. “Opportunities have been created for businesses to go faster, particularly the offline to online behaviour shift. I’ve always believed that great businesses are built in the most challenging times.”

Chesterman’s conviction has won him investors who have stuck with him for years. Between his various startups, he has raised more than $560 million in venture and equity funding.

Part of why Chesterman has stood out is that he has achieved something comparatively rare in European tech — built successful consumer tech startups.

“When you’re investing at the early stage you’re making a judgement on a person,” Alliott Cole, CEO of Octopus Ventures and a backer of all three of Chesterman’s businesses, told Business Insider in an interview. “He has the confidence and intention to succeed paired with a certain charisma alongside a common sense view of the world.”

Relationships help when you’re raising during a crisis 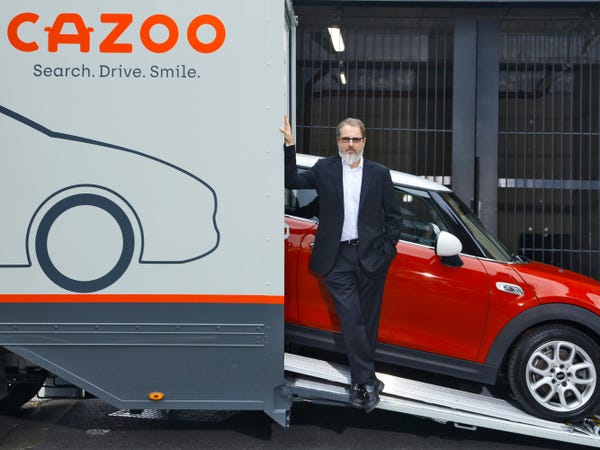 “‘We raised funding during the 2008 financial crisis but Covid funding made that pale in comparison,” Chesterman says. “In the middle of our round in March people thought the world was going to end but we managed to do it because people believed in the team.”

Cazoo’s June funding round of £25 million ($33 million) made it the fastest company in the UK’s history to be valued as a unicorn. That’s a contrast to the younger startups and first-time founders who saw early-stage backers pull term sheets.

That’s partly thanks to the fact that several of Chesterman’s investors from Zoopla went on to fund Cazoo, including Cole, another early-stage investor Fred Destin, and DMG Ventures. The latter is the venture arm of the Daily Mail and General Trust, which merged its digital property business with Zoopla in 2011 and was its biggest shareholder when the company floated in 2014.

Investors like certainty in times of crisis, Chesterman says.

“Investors who know me they take the view that — is there something to be fixed in this space? Whatever the industry, if they give me time and money will they fix that problem. Financial crisis or pandemic, if you believe I will survive those, then the investment thesis doesn’t change,” he says.

“When you have a known quantity it’s better but the margins between success and failure can be very thin, especially if the market goes against you,” Cole adds. “Alex has found a way to navigate that and come out of it stronger and that’s what you’re investing in.

“Everyone accepts failure and set backs but you back Alex ultimately to succeed.”

Chesterman and several of his investors also happen to fit an uncomfortable wider pattern — that the best-funded British entrepreneurs still tend to be white and male.

Pressed on this, Cole says: “Alex is a great entrepreneur and you back great people, but we are now seeing many more ethnically and gender diverse founders in the UK.”

Putting wealth back into the ecosystem 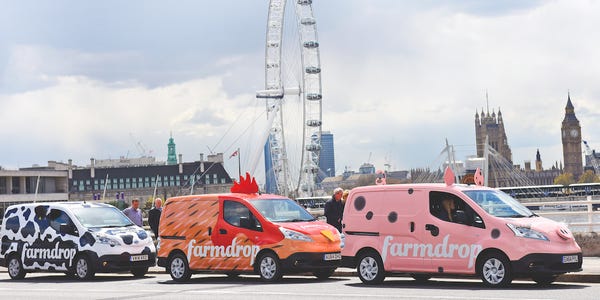 Despite the challenges of 2020, Chesterman believes the fundraising environment for entrepreneurs is far more conducive than when he started out.

When he first pitched to investors, he was turned down by 16 VCs so had to turn to smaller individual angels.

Now he uses his wealth, estimated at £360 million ($471 million) according to the Telegraph, to invest in promising startups himself.

“The ecosystem here is very important to me which is why I spend time backing UK startups,” Chesterman says. “The UK and Europe has changed fundamentally in the last 15 years, the quality of back able entrepreneurs has changed massively and that’s attracted more VCs and capital to Europe.”

Relationships and teams are more important than ideas for Chesterman, who admits that his business savvy has come from seeing successful disruptors elsewhere and applying them to the UK market.

“It’s a massive advantage to have a relationship with investors,” he said. “I think about the team more than idea, I would always rather invest in an A team with B idea rather than the other way around as an investor.”

Most businesses pivot from their original business plans as things change, according to Chesterman.

“If you give enough oxygen, time and capital to disrupt, the preciseness of the idea is less exciting than the opportunity in the space. How a founder solves is less the issue but it’s about ‘Are they are able to solve it?'”