Australian petrol giant Viva Energy has committed to spending more than $100 million in major maintenance upgrades at its 65-year-old Geelong fuel refinery, in a move the company says will provide employment certainty for the plant's hundreds of workers.

Viva on Monday said it had approved a maintenance turnaround, which would shut down the core of the refinery for nearly two months as part of a "significant overhaul to prolong its operating life". 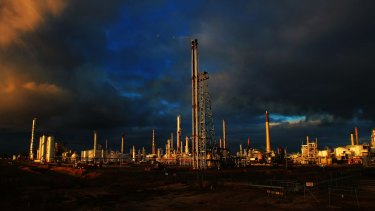 "The refinery in Corio has been an important part of Geelong for more than 65 years, employing and sustaining generations of Geelong workers," Viva Energy chief executive Scott Wyatt said.

"Our announcement is a significant commitment to continued operation of one of the region's last remaining industrial businesses and to the broader Geelong region."

Geelong has been battered by a series of industrial closures in recent years, triggering large-scale blue-collar lay-offs including at Alcoa's former Point Henry smelter and automaker Ford's historic engine plant. Questions about the Corio refinery's future have lingered since it was sold by Shell in 2013. Amid pressure facing the Australian refining industry, including competition from larger refineries in Asia, there were concerns the plant could be converted into an import terminal.

"Rising energy costs and weaker regional refining margins have impacted the refinery’s profitability in
recent years," Mr Wyatt said, "but the company remains optimistic about the future of refining in Australia."

The turnaround will begin in the third quarter of the 2020 financial year and will involve brining another 1000 workers on site in addition ot the 700 employee and contractors typically employed, Viva Energy said on Monday, adding that the program would negatively affect its crude oil intake.

Viva's Geelong refinery, which can process up to 120,000 barrels a day, is the second largest among the country's four remaining refineries and supplies about 10 per cent of Australia's liquid fuel needs. The other three refineries are in Queensland, Western Australia and another in Victoria, at Altona, in Melbourne's west.

The news comes as Viva — which in addition to the refinery runs 1250 Shell petrol stations across Australia — on Monday revealed its full-year underlying profit had plummeted 41 per cent due to tough market conditions, and announced a $680 million share buyback after selling out of its retail property trust.

Viva's main competitor, Caltex, which has similarly faced difficult retail and refining conditions, is due to release its results to the market on Tuesday. Caltex Australia is fielding two takeover offers from rival international bidders.

The company said shareholders would be paid a final dividend of 2.6¢ per share, down from 4.8¢ a year earlier.