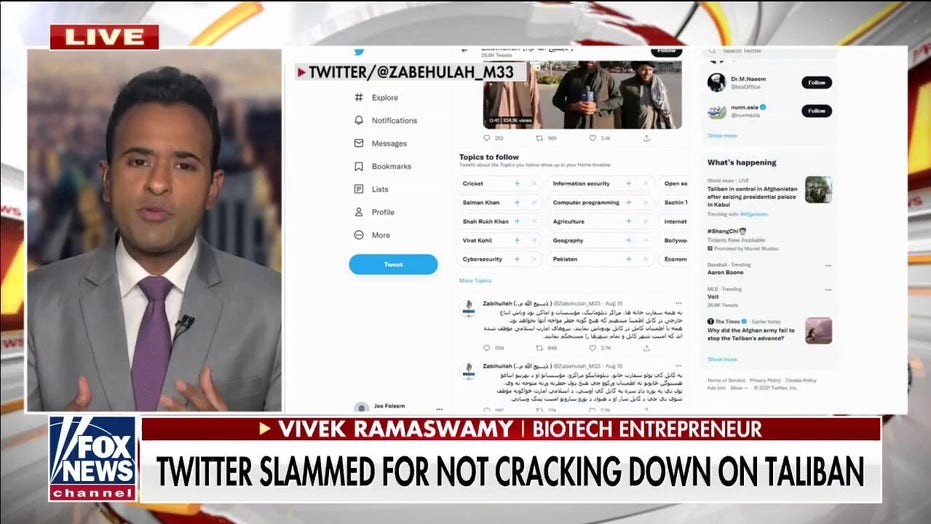 Biotech CEO slams Twitter for allowing Taliban on platform, says Big Tech has ‘turned their back on America’

Vivek Ramaswamy called out the social media platform for allowing the Taliban to tweet while banning other accounts, including former President Donald Trump

Biotech CEO and “Woke Inc.” author Vivek Ramaswamy criticized Twitter on Tuesday for allowing the Taliban to utilize their social media platform while censoring others, including former President Donald Trump.

VIVEK RAMASWAMY: The hypocrisy is staggering. These companies are the most powerful companies I believe in human history and they have now turned their back on America…

The discussion about their terms of use or their terms of service really is just a smokescreen for being able to do whatever allows them to aggregate the most power on a given day—and the fact that they are now advancing the Taliban’s ability to stage a coup while the 45th president of the United States cannot access the same platform says how far we’ve come since 20 years ago. I was in U.S. history class when those two planes hit the twin towers on 9/11 in 2001. I cannot imagine that 20 years later platforms in the United States would censor the president while enabling the Taliban to fly their flag over the U.S. embassy on the 20th anniversary of 9/11. 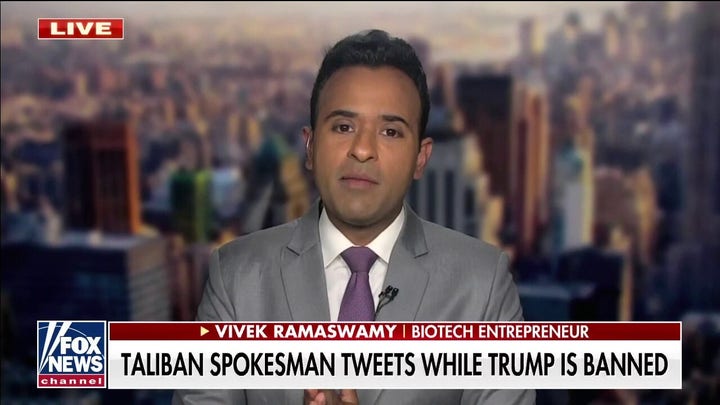