Walmart is facing a lawsuit after one of its employees allegedly knocked over a woman while pushing a line of shopping carts last year.

The woman, Beverly Robinson, says an employee at a Walmart in Donaldsonville, Louisiana, struck her while she was transferring items into a cart, according to Business Insider.

She reportedly suffered multiple bruises, internal injuries, sprains, headaches and emotional distress from the July 2021 incident, according to the lawsuit.

"Beverly Robinson put the items in the grocery cart and placed her hands on the handle of the cart, when suddenly and violently she was pushed to the floor, by the force of several grocery carts being pushed into her from the opposite side, by a Walmart employee," Robinson's attorney, Ralph Brickman, told BI. 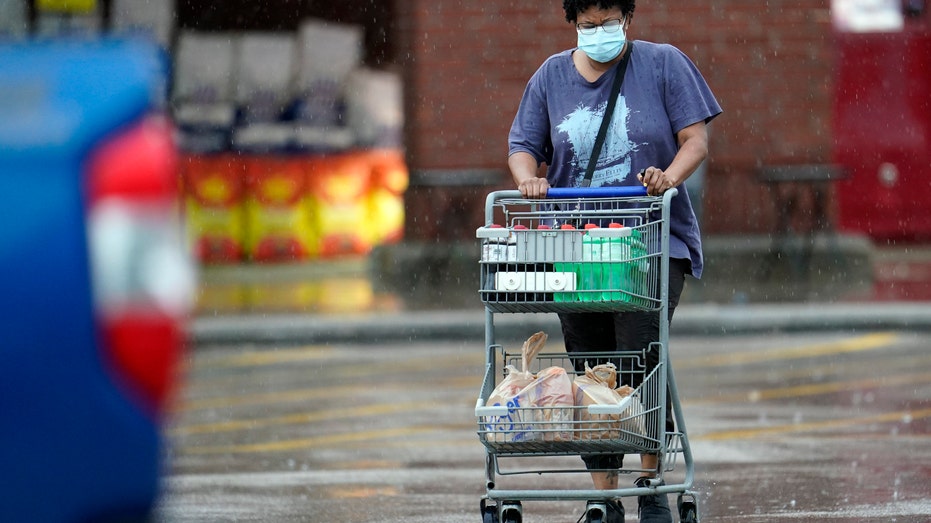 A shopper wears a mask as she pushes her grocery cart in the rain Thursday, June 25, 2020, in Houston. Texas Gov. Greg Abbott said Wednesday that the state is facing a “massive outbreak” in the coronavirus pandemic and that some new local restriction

Robinson is seeking in excess of $75,000 from Walmart in addition to payment for medical and legal fees associated with the incident.

The case comes weeks after the Federal Trade Commission (FTC) filed another lawsuit against Walmart. The FTC alleges the retail giant allowed criminals to scam consumers for hundreds of millions of dollars using its money transfer services.

Walmart was "well aware" that fraudsters were using its transfer services, but nevertheless sent or received $197 million in payments that were subject to fraud complaints, in addition to $1.3 billion in other transactions deemed potentially fraudulent.

"Walmart has continued processing fraud-induced money transfers at its stores — funding telemarketing and other scams — without adopting policies and practices that effectively detect and prevent these transfers," the FTC argued.

Walmart argued the lawsuit was "factually flawed and legally baseless" in a statement.

"Walmart will defend the company’s robust anti-fraud efforts that have helped protect countless consumers, all while Walmart has driven down prices and saved consumers an estimated $6 billion in money transfer fees," the company wrote.

Sarah Rumpf contributed to this report.