What housing correction? Mortgage borrowing on the rise in new figures 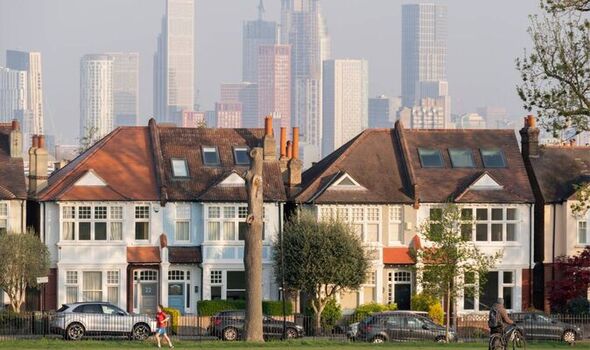 Would-be buyers owed £7bn in March, up from £4.6bn in February, according to the Bank of England. But property experts warn the market could slow down as people tighten their belts.

Andrew Montlake, managing director of the UK-wide mortgage broker Coreco, said: “In the months ahead, it’s likely that people’s borrowing power will wane as lenders take into account the extra cost of living.

“Interest rates are rising to contain spiralling inflation, energy, food and fuel bills have gone through the roof and tax hikes have arrived with a bang.

“A lot will depend on the jobs market and how it holds up during 2022, especially if we enter recession.”

Ross Boyd, founder of mortgage comparison platform Dashly.com, said: “The major challenges facing the market right now are a scandalous lack of stock, interest rate rises and what is shaping up to be an unprecedented cost of living crisis.

“Rate rises and soaring inflation mean affordability is set to be the defining narrative of 2022. Lenders are now starting to look at people’s finances in ever more forensic detail.

“This is particularly the case given that the annual growth rate for all consumer credit rose to 5.2 per cent in March, the highest rate since February 2020.”

The Bank of England’s latest Money and Credit report showed around 70,700 mortgage approvals made to home-buyers in March, a total which the Bank said was “little changed” and above the pre-pandemic average.

Approvals for re-mortgaging, which only capture home loans taken out with a different lender, rose slightly to 48,800 in March.

This total remained below the pre-pandemic average but was still the highest figure since 52,100 re-mortgage loans in February 2020.

Rob Gill, of London-based Altura Mortgage Finance, said: “Demand in the mortgage sector is increasingly being driven by re-mortgages as borrowers race to secure the best possible rates ahead of daily rate rises from mortgage lenders.”

“This confirms that home-buyers and re-mortgagers are facing higher loan rates, as well as stricter borrowing rules.”

Households’ borrowing using consumer credit increased in March at the fastest annual pace since before the UK’s coronavirus lockdowns started.

Within the latest annual increase, credit card borrowing increased by 10.6 per cent, the Bank’s report said.

StepChange Debt Charity said a third of its clients in March had a negative budget – where income is insufficient to meet essential costs – up by four percentage points since January.

Richard Lane, of StepChange, said: “High inflation in the cost of basic goods and services, such as energy bills and food, means that those households who already have little ability to flex their spending cannot absorb higher costs without incurring debt or suffering significant hardship.

“With the March data reflecting the situation worsening even before April’s energy price hikes, the months ahead will be challenging for households on tight budgets.”