Whitehaven, one of Australia’s largest coal miners, has flagged a record $3 billion annual profit as a global supply shortage drives sky-high prices for the fossil fuel and the company’s production rebounded in the June quarter.

The major coal exporter told investors on Monday it had achieved a record coal price of $514 a tonne for the three months to June 30, with an average of $325 a tonne for the financial year.

Whitehaven Coal, which operates four mines in the NSW Gunnedah basin, also said production had jumped 21 per cent from the previous quarter to 6.4 million tonnes, despite ongoing COVID-19 absenteeism and skilled labour shortages. 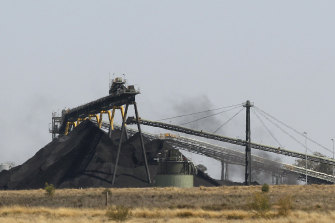 A Whitehaven Coal mine near Narrabri in NSW.Credit:AP

Coal prices have jumped dramatically this year as Russia’s invasion of Ukraine and subsequent sanctions have encouraged global buyers to find non-Russian supplies for thermal coal used in power generation and metallurgical coal for steel-making.

Whitehaven Coal shares jumped 5.2 per cent to close at $5.90 following the announcement. They are up 113 per cent for the year.

Flynn said the coal miner had received inquiries from Europe and had committed to trial shipments before the European Union’s ban on Russian coal begins in August, while Asian demand remained strong.

“This is the time when you wish you had a little bit more production than what you’ve got,” Flynn said in an investor call.

Whitehaven had downgraded its production guidance earlier this year as floods in NSW and the Omicron COVID-19 surge hit operations, but the company said its current $1 billion cash position now allowed it to provide fully franked dividends to shareholders. 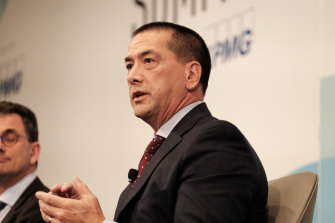 “The government is contributing to a lot of the inflationary pressure by their own actions here,” he said.

Flynn also said a legal challenge from environmentalists of the company’s planned expansion of its Narrabri underground coal mine was “annoying”, but he was confident earlier NSW planning approval had accounted for climate change concerns raised by activists.

Whitehaven’s proposed expansion would extend the mine’s lifespan by 13 years to 2044, with Bushfire Survivors for Climate Action challenging the NSW Independent Planning Commission (IPC) approval of the project.

Flynn also criticised the Queensland government’s increases to coal royalties, which he said was done without consultation.

“They just view this as an opportunity to fill a hole in the budget and I suspect the voting populace of Queensland will have a view on that at some point,” Flynn said.

The Palaszczuk government said the royalty increase would ensure the public received a fairer share of the “super profits” in the sector as coal prices surged following Russia’s invasion of Ukraine.

“It is clearly not a royalty, it’s a tax,” Flynn said.

“We hope there is no change to the position in NSW and we will be making sure the NSW government, leading up to the election in March next year, understands the critical role the resources sector plays for NSW.”

Whitehaven will announce its finalised full-year results on August 25.