Who will stand up for me and other women being beaten by biological males like Lia Thomas? 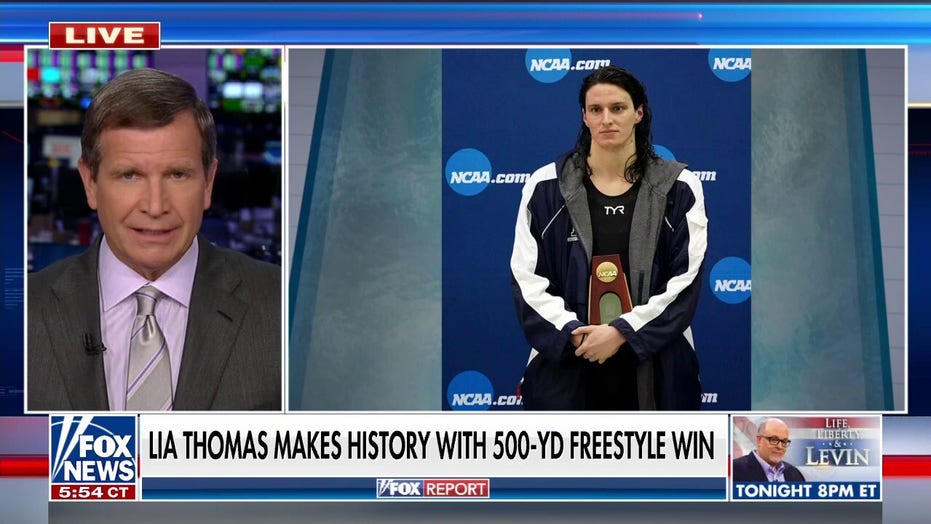 As a collegiate female athlete, I think I can safely say that I wasn’t alone in being utterly dismayed to see a biological male, UPenn’s Lia Thomas, trounce all the female competitors at the NCAA Women’s Swimming Championship 500-yard freestyle on March 17.

I am a runner for Southern Utah University. College competition has its share of difficulties, obvious and not so obvious. But eventually you find your groove—mentally and physically—making new friends among your teammates, placing in meets and setting new personal bests.

For female athletes like me, it’s all worth it—not just because you become a stronger, more confident person and competitor, but because of the pure joy that comes with working as hard as you can and doing your very best. Maybe you just won a medal or took a few seconds off your best time. Perhaps you pushed one of your teammates to run faster and place, too. There’s just no feeling like that.

The first sign that all of that might be changing came the day our coach told us that a Montana male student who first competed in the men’s division would soon be running against us in the women’s division.

We were shocked. It didn’t sound real, and I wondered how this could possibly be happening. After all, with a man’s build and strength, a biological male athlete would probably have a big impact on our races. And since I’d be running in most of the same races, I knew I’d be facing a particular challenge.

How much of a challenge became clear the first time we lined up against each other at a cross-country meet. As I looked down the starting line, this athlete’s six-foot-four frame seemed to tower over the rest of the competition. This athlete was a full foot taller than me! You’re crouched at the starting line, next to a half-dozen other girls about your size…and then you see a biological male athlete looming beside you, and those muscles.

And you know: This isn’t fair; this isn’t right. To me, this was the first reminder of many that, if things didn’t change, racing was never going to be the same.

None of the female athletes know quite what to say or how to respond to this, but almost all of us mention it among ourselves. And, almost to a woman, they agree that this isn’t right.

That became even more clear when, in one of our races, the biological male athlete’s time pushed one of my teammates out of an All-Conference title. My friend didn’t say anything, but it hurts badly to lose an opportunity that you’ll never get back because of something so obviously unfair.

And you know: This isn’t fair; this isn’t right. To me, this was the first reminder of many that, if things didn’t change, racing was never going to be the same.

Two years ago, in two races at the Big Sky Indoor Track and Field Championships, I ran against the same biological male athlete, who came in 15th place in the 3,000 meters with a time 18 seconds better than mine (nudging me out of the top 25). In the mile, this athlete took first, beating me by 22 seconds and keeping me out of the top 15. 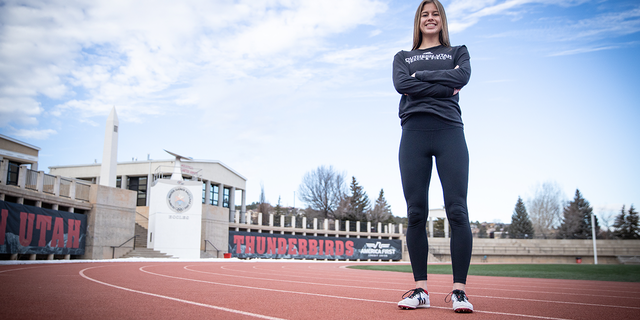 If you watch the video of that mile run, you’ll see that the biological male athlete came in a full four-and-a-half seconds ahead of the nearest competition—and didn’t even seem to be breathing hard.

Biological male athletes have that much of a physical advantage over women, and there’s plenty of science to prove it. Whatever the biological male athlete’s mental and emotional self-image, physically he’s a guy—a guy my teammates and I are running against, and losing to, in women’s athletics.

This is hard because, not only are women being pushed out of their own sport, but past generations of women worked so hard to get us where we are. For me, allowing biological males to compete in women’s athletics is taking a very big step backwards. Although this issue is brought up in many newspaper articles, and groups like Alliance Defending Freedom are valiantly fighting for women’s sports in court, no one in power is stepping forward to help me or my fellow women athletes. 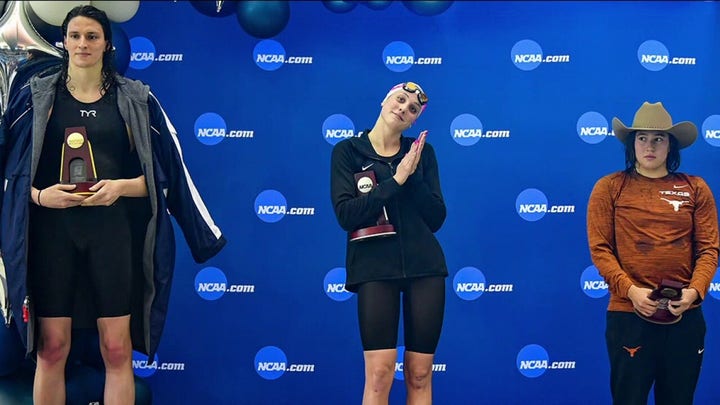 The International Olympic Committee continues to endorse letting biological male athletes compete in women’s sports. And the NCAA earlier this year pretty much washed their hands of any responsibility, leaving decisions on this issue to the administrators of individual sports. Most of them seem more concerned about the opinions of woke activists and cancel culture than they do about what’s happening to women athletes.

My teammates and I are watching our records, our scholarships and our competitive opportunities slip away…wondering if anyone in authority is going to have the courage to step up and save women’s sports.