Thomas Kluka Jr. recalls saving his family during the tragic crash in Waukesha.

Residents of Waukesha, Wisconsin are grieving after a tragic attack on their town’s Christmas parade Sunday night and witness Thomas Kluka, who protected his family from being hit, voiced on “The Story with Martha MacCallum” that the driver seemed to have malicious intent.

“It was fully intentional,” Kluka said. “He was trying to go around all the floats and everything and that’s how he got so close to us.”

He attended the parade with his wife and young daughter who he saved from being hit by the driver by pushing her out of harm’s way. The driver sped down the block where the parade marched on, killing five and injuring more than 40 people.

“We’re just lucky to be alive,” he said. “I feel so bad for the people that didn’t make it or are really in critical condition.” 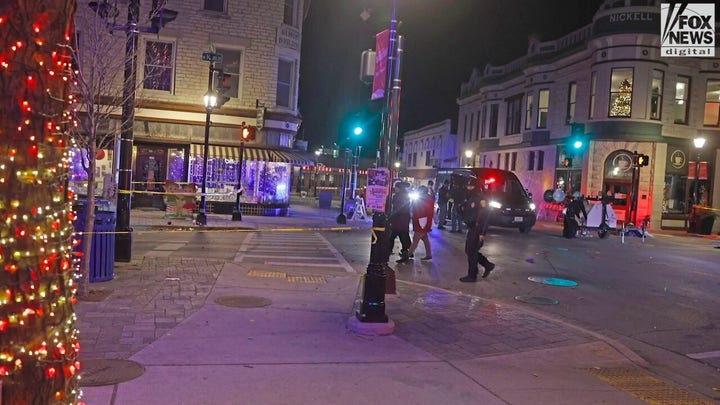 Kluka’s daughter was shaken up after witnessing the tragedy, he said, especially since she couldn’t understand “what was really going on.”

“You always see this stuff in the movies but never in real life,” he said. “It’s going to affect her for a while.”

The suspect Darrell Brooks was recently arrested — just 10 days prior to the incident in the same county — and was charged with second-degree recklessly endangering safety, felony bail jumping, battery, obstructing an officer and disorderly conduct. Kluka questioned why there wasn’t a closer eye being kept on him.

“I just pray that this gets better,” he said. “This was a time of happiness. We come every year. My daughter’s been here for fourteen years and never had an issue.”