Announced on Wednesday afternoon, Woolworths will purchase 65 per cent of the Melbourne-based company, along with 100 per cent of its freehold property portfolio comprising of 26 distribution centres.

The total cost of the deal is $552 million, one of the largest acquisitions by an Australian retailer in recent years. The founding Smith family will retain a 35 per cent stake in the company, which Woolworths will have the option to acquire in the coming years. 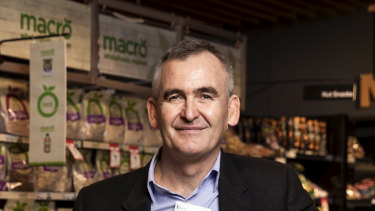 PFD is the second-largest player in Australia's fragmented foodservices market, with around $2.1 billion in annual revenue, 2800 employees and earnings of around $57 million.

The family-owned company, which was founded in 1943, offers fresh seafood and meat, frozen products and dry goods to places such as pubs and clubs, cafés, restaurants, aged care and retirement villages, theme parks, fast food outlets, schools and kindergartens, according to its web site. It also supplies ready made sandwiches, wraps and salads to petrol stations and convenience stores, airlines and healthcare services.

Woolworths' acquisition builds on an existing partnership between the two companies, which was established in April to allow Woolworths' existing business customers to purchase from PFD's product range.

"We are excited by the opportunity to invest alongside the Smith family in PFD Food Services. It is a business we have long admired and we have a shared vision for continued innovation, customer focus and investment in the food sector," Woolworths chief executive Brad Banducci said.

"We will help to support PFD’s growth through access to our logistics, digital and data analytics and operational capabilities. For Woolworths Group, it will enhance store range localisation and provide fleet synergies through better route and capacity optimisation across our combined network."

"As a family-owned and operated business which prides itself on its customer and supplier relationships, it is important that PFD operates as a standalone business, run by the existing team," Kerry said.

"In Woolworths Group, we are confident we have found a partner with shared experience and expertise, but also whose operations and vision for the future complement our own."

The deal is subject to regulatory approval, which Woolworths expects will be achieved by 2020.