It was a story that captured the attention of the nation seven years ago. The 7-Eleven convenience store franchise had become as ubiquitous in Australia as the much-loved local milk bar. And yet, as an investigation by The Age and Four Corners revealed, there was a much darker side.

What the investigation uncovered was evidence that showed the nation’s biggest convenience store chain was rorting the wages of its workers. Many were being paid as little as $10 an hour. The report found franchise owners commonly paid workers for only half their hours and forced staff to hand back much of their pay in cash. 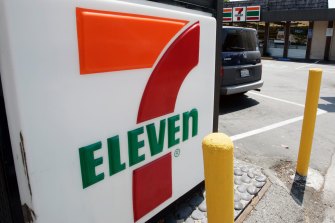 Many of the underpaid workers were overseas students. The immigration laws for student visas allow them to work only 40 hours a fortnight, with any breach putting them at risk of deportation, making them prime targets for exploitation. To pull off the fraud, the franchisee or a family member, nicknamed the “ghost worker”, pretended to work up to 80 hours a week to disguise the fact the student worker was really doing the hours. Under this scheme, payslips recorded only half the hours worked, meaning the employee received just half the money per hour that was entered through the payroll system.

The reporting made it clear from the start that the underpayment was the result of a “brutal business model” set up by 7-Eleven that made it close to impossible for franchisees to make a profit and pay full wages, and that head office knew this all along. The organisation, as is usually the case when big corporate entities are caught out doing the wrong thing, strongly denied wrongdoing.
After the media storm broke, 7-Eleven set up a repayment program for workers with a panel headed by Professor Allan Fels, who carried authority as one of 7-Eleven’s harshest critics. The company eventually paid back $173 million to more than 4000 victims of endemic wage theft, but as the claims continued to grow, Fels was effectively dumped by 7-Eleven.

He said there were about 20,000 people who had worked for the convenience store chain during the seven to 10-year period he examined in 2015, meaning the figure of 4043 workers who had been repaid to that date was a “shortfall”. The Fair Work Ombudsman launched investigations and sued 11 franchisees over pay issues, awarding $1.8 million in penalties, equivalent to about 1 per cent of the underpayments nationally.

Now, finally, head office has been forced to pay. The company has agreed to fork out almost $100 million in a class action settlement with franchisees. After the case was settled, chief executive Angus McKay said 7-Eleven was pleased the matter had come to an “acceptable resolution”, adding the company had also invested $50 million in systems to prevent wage theft and for training for franchisees.

This is a company that has now paid out more than $320 million to its franchisees and workers and towards putting in better systems. While 7-Eleven should get credit for these efforts, the glaring issue to this day is that a big company in Australia was able for years to underpay workers. As The Age’s subsequent reporting, particularly by Adele Ferguson, proved, it was far from alone in the franchise sector.

Thankfully, this settlement has put an end to this particular case and to the denials that were originally designed to deter whistleblowers and reporters. Justice has finally been done, and it’s yet another wake-up call to regulators and governments that we cannot take good corporate behaviour for granted. It’s also a reminder of the important role of the media in keeping the whole system honest.

Gay Alcorn sends an exclusive newsletter to subscribers each week. Sign up to receive her Note from the Editor.